UN Secretary General has called coal mines a past, from which it is time to abandon

The head of the UN believes that the time has come to more decisively abandon coal as a source of electricity. 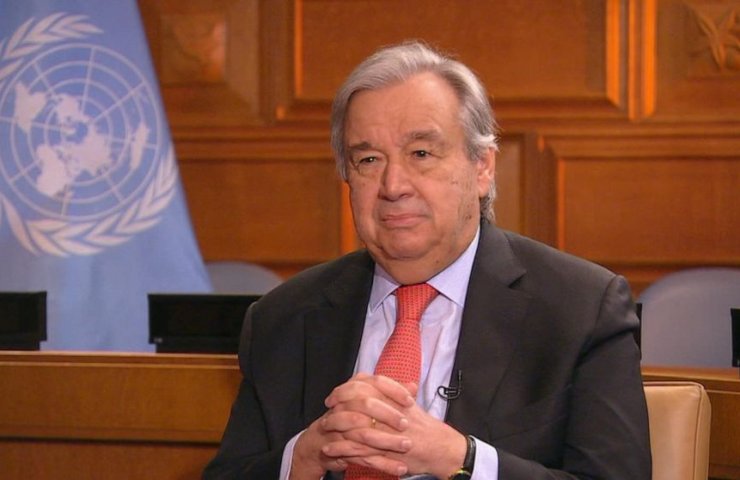 UN Secretary-General Antonio Guterres said it was time to move away from coal, proposing to close coal mines, but at the same time provide miners and employees of coal-fired power plants with work, including through the development of renewable energy sources.

Speaking at the meeting on the use of coal in the energy sector organized by the UK and Canada, the UN chief called for more vigorous efforts to reduce environmental pollution and keep the temperature rise below 1.5 ° C.

“Phasing out coal in the power industry is the most important step towards our goal of keeping temperatures above 1.5 degrees Celsius. It is about reducing the use of coal in electricity production by 80 percent by 2030 compared to 2010 levels, ”said Antonio Guterres, recalling that fossil fuel-related air pollution is the cause of one in five deaths worldwide. world.

As the UN Secretary General said, gone are the days when entire regions had cheap electricity and stable jobs from coal. Today it is more profitable to receive electricity from renewable sources.

Citing data from the International Energy Agency, Guterres noted that in countries such as China and India, the cost of building new solar power plants is less than running existing coal-fired power plants.

The head of the UN believes that the time has come to more decisively abandon coal as a source of electricity. This should be done in stages in three priority areas:

The UN chief expressed hope that the G7 members will announce their plans to phase out coal dependence in the electricity sector at their June summit.

Recommended:
Tesla doubles quarterly sales of electric vehicles far beyond analyst expectations
Ukrposhta carried out the largest purchase of cars in the Ukrainian market
Workers of uranium mining mines in Ukraine are preparing new protests
On this topic
Mariupol retained leadership among Ukrainian cities in air pollution
September 7 is the International Day of Clean Air - the UN has prepared a report
UN Secretary General demanded from Japan to stop financing coal power plants
How the reform of the electricity market in Ukraine can lead to a collapse and what to do about it
Stopped nuclear power plants and mines. What's going on in the energy sector of Ukraine?
UN Secretary General: humanity has a chance to cope with global warming
Add a comment
Сomments (0)
News Analytics
Three European delegations visited the Mariupol commercial port in two days22-04-2021, 14:23
ArcelorMittal is the best employer in the MMC of Ukraine in 2021 - research22-04-2021, 14:28
US pledges to halve emissions by 2030 as part of renewed fight against global22-04-2021, 14:52
ArcelorMittal Raises Hot Rolled Steel Prices in Europe Above € 1,000 /Ton22-04-2021, 13:24
Chinese subway cars begin operational tests in Chicago22-04-2021, 13:44
Global hydrogen demand to grow 7-fold by 2070 - PwC21-04-2021, 12:31
World Steel Association predicts a good year for metallurgists15-04-2021, 18:19
World Steel Association defines green steel and its variations12-04-2021, 13:14
China unlikely to cut steel capacity in 2021 due to high steel prices07-04-2021, 12:11
Scrap metal market at the beginning of April02-04-2021, 11:10
Sign in with: