The European Green Deal assumes a 55% reduction in greenhouse gas emissions by 2030. Ukraine went even further, announcing a 70% reduction in emissions. 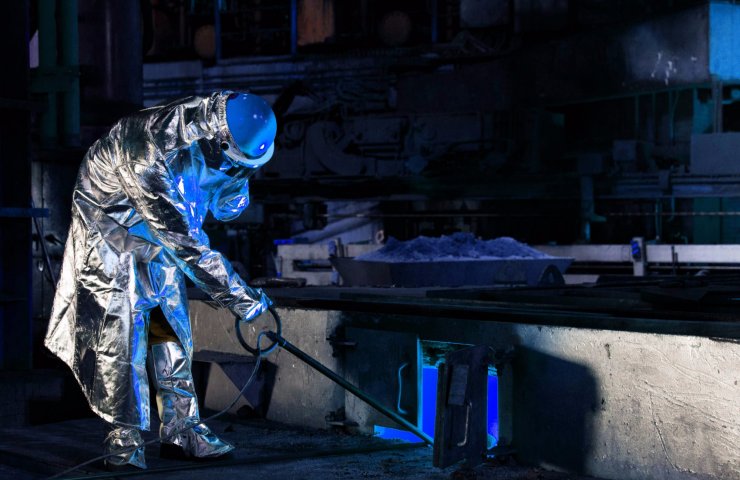 Reducing emissions by 70% in the metallurgical industry of Ukraine by 2030, provided for by the national climate strategy, is a utopian scenario that undermines the negotiating positions of Ukrainian exporters with the European Union, says Oleksandr Kalenkov, President of Ukrmetallurgprom.

According to him, the Ukrainian mining and metallurgical complex will not be able to return to the indicators of 2005-2010, on the basis of which calculations of possible investments and forecasts for decarbonization of the country's economy are made.

There will not be a situation when the metallurgical industry of Ukraine was invested 30 billion euros annually, and the share of metallurgical products in the export structure exceeded 45% in the foreseeable future, Kalenkov stressed, adding that the expectations of officials are extremely high and unrealistic.

“Now we see three scenarios: optimistic, fantastic and utopian. It is difficult to choose from them, "said the head of Ukrmetallurgprom during a round table on the topic" Discussion scenarios of the Second Nationally Determined Contribution (NVB2) of Ukraine in the context of the European Green Deal. "

Ukraine declares a 71% reduction in emissions by 2030, which significantly worsens its negotiating positions with the EU and does not give the industry the opportunity to receive special conditions for the export of metal products to Europe. At the same time, the European Union itself is committed to reducing emissions by 55% by 2030.

Ukrainian metallurgical companies regard the European market as a home market, and after the EU introduces its environmental restrictions on the import of "non-environmentally friendly" metal products, losses will be very high. At the same time, the overstated obligations declared by Ukrainian officials will not allow Ukraine to receive any preferences in this market.

“As a result, the business will be left alone with these problems,” Kalenkov summed up.

Recommended:
Laying of Nord Stream 2 in Danish waters is to be completed by the end of April
Germany's second largest steel company announces force majeure on supplies due to snowfall
Nikopol Ferroalloy Plant started talking about wage increase
On this topic
Ukrmetallurgprom announced a possible collapse of the Ukrainian economy
UN experts believe that the worst-case scenario for the Ukrainian economy can still be avoided
How the reform of the electricity market in Ukraine can lead to a collapse and what to do about it
The tax claims to metallurgists for transactions with scrap metal is absurd – the President
"Ukrmetallurgprom" said data, steel production in Ukraine in 2019
The actions of the government are rapidly destroying the competitiveness of Ukrainian ferrous
Add a comment
Сomments (0)
News Analytics
Canada's economy plunges record 5.4% in 202002-03-2021, 21:42
UN Secretary General has called coal mines a past, from which it is time to02-03-2021, 20:44
Metallurgical enterprises of Ukraine increased earnings from the export of02-03-2021, 19:50
Trade union committee "Azovstal" received an answer to the question about the02-03-2021, 18:39
Greenhouse gas emissions returned and exceeded levels prior to the pandemic -02-03-2021, 14:16
Spread between raw materials and high strength alloy steel in Europe increased01-03-2021, 20:21
Increase in prices is forecasted in the markets of steel raw materials -26-02-2021, 09:25
Troy ounce of gold will drop $ 500 in two years - Fitch25-02-2021, 18:29
Global iron ore production growth to outstrip cumulative production in India23-02-2021, 10:22
Fitch Ratings Warns of “Shocking Impact” on Fossil Fuel Exporters18-02-2021, 14:44
Sign in with: