Mankind has to admit defeat in the fight against global warming or to find the strength to do the impossible – to become carbon neutral society by 2050, said the Chairman of the United Nations. 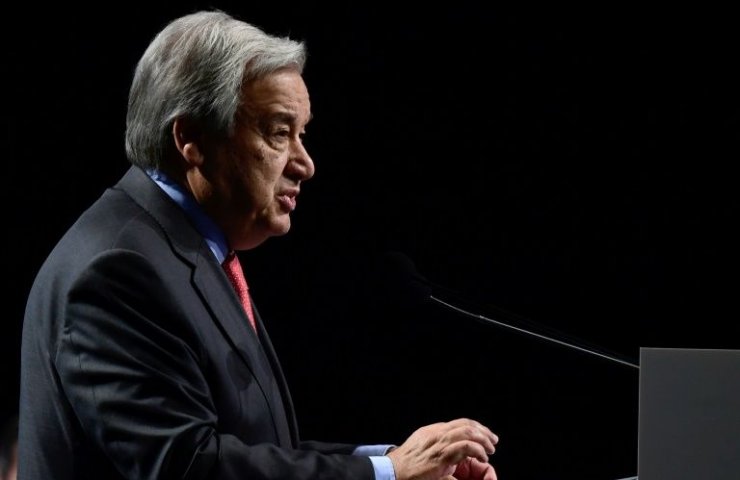 Faced with a climate crisis that threatens the existence of civilization, humanity must make a choice between hope and surrender, said Tuesday the Chairman of the UN's Antonio Guterres at the opening plenary of the conference of the organization on climate issues.

"One of them is the path of surrender, when we have long passed the point of no return, endangering the health and safety of every person on this planet," said Guterres. "Do we really want to be remembered as the generation that hid his head in the sand, which played political games while the planet burned?"

In a passionate address, the head of the United Nations proclaimed long list of warning signs, including new figures released Tuesday by the world metrological organization (WMO).

According to WMO, the last five years were the hottest in the entire history of observations, and the concentration of CO2, are heating the planet, in the atmosphere has reached levels that were not within three to five million years.

"the Last time there was a comparable concentration of greenhouse gases, the temperature was two to three degrees Celsius higher, and the sea-level was 10-20 meters higher than today," said Guterres.

"permafrost in the Arctic thaws in 70 years ahead of projections," continued Guterres. "Antarctica is melting three times faster than ten years ago. Sea level rises faster than expected".

According to recent studies, by 2050, more than 150 million people will be coastal flooding.

to prevent the temperature rise more than 1.5 degrees, the global economy must be carbon neutral by mid-century, says a significant UN report, published last year.

Earlier it was reported that the UN does not see an optimistic scenario for climate change on our planet, believing that even if all countries fulfill all the points of the Paris agreement on climate change, rising energy consumption and the development of agriculture will generate more greenhouse gases.