Subsoil users may incur additional financial costs that could be used to modernize equipment or fulfill the terms of the European "Green Agreement". 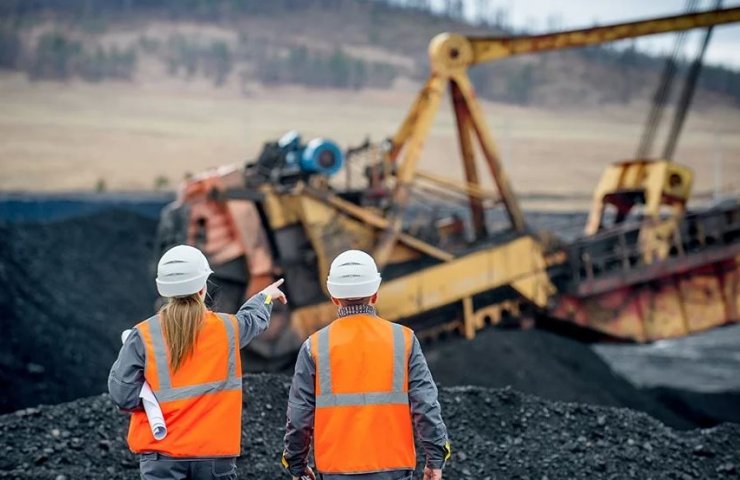 Association of Extractive Industries of Ukraine declared about a norm threatening business in a bill registered with the Verkhovna Rada. We are talking about the draft Law No. 4187 "On Amendments to Certain Legislative Acts of Ukraine Concerning Support for the Development of Domestic Subsoil Use Industries."

According to the Association, the document proposed by the deputies can legitimize the financial burden on business and discriminate against the rights of mining companies.

In particular, a separate provision of the bill determines that companies that want to renew a mining license must pay an additional 20% of the amount that they have already paid when purchasing a special permit for it. That is, there is such a situation when investors first buy the full right to extract all mineral reserves located in a specific subsoil area, after a while they risk losing this right if they do not pay for it again.

The norms in the draft law look like an attempt to bring to the highest legal level the provisions of the Government Decree No. 615, under which, for 15 years, the state has accounted for certain subsoil users a fee for renewing licenses. In addition to the fact that for many years this fee was charged unreasonably, despite the contradiction with the other Law "On the licensing system in the field of economic activity", it was also applied selectively - to all producing companies, except for those related to oil and gas. >

"We call on the MPs to pay attention to the warnings of the business association and to exclude this provision from the text of the bill, which is generally important and brings many positive changes that the extractive industry needs," the Association concluded.

Recommended:
You can now buy Tesla with Bitcoin - Elon Musk
The largest titanium deposit in Ukraine went to Dmitry Firtash
Sanjeev Gupta's first three steel plants go bankrupt
On this topic
Extractive industry development roadmap will ensure Ukraine's GDP growth of $ 34 billion
The Bogdan Motors team appealed to the People's Deputies of Ukraine
Yuzhmash told whether it is possible to launch reusable rockets from the Black Sea
How the reform of the electricity market in Ukraine can lead to a collapse and what to do about it
Ukraine detensive the scrap metal market in the spring
Ukrainian customs will protect intellectual property in a European way
Add a comment
Сomments (0)
News Analytics
Укрзализныця достигла согласия с поставщиками по отгрузке дизельного топлива21-04-2021, 14:25
Global hydrogen demand to grow 7-fold by 2070 - PwC21-04-2021, 12:31
Energy independence of Ukraine depends on decarbonization and "green" energy -21-04-2021, 12:42
Shell tests hydrogen fuel cells on ships in Singapore21-04-2021, 11:39
Gazprom will continue to develop priority areas of hydrogen energy based on21-04-2021, 10:49
Global hydrogen demand to grow 7-fold by 2070 - PwC21-04-2021, 12:31
World Steel Association predicts a good year for metallurgists15-04-2021, 18:19
World Steel Association defines green steel and its variations12-04-2021, 13:14
China unlikely to cut steel capacity in 2021 due to high steel prices07-04-2021, 12:11
Scrap metal market at the beginning of April02-04-2021, 11:10
Sign in with: