Four people trapped in a coal mine accident in North China 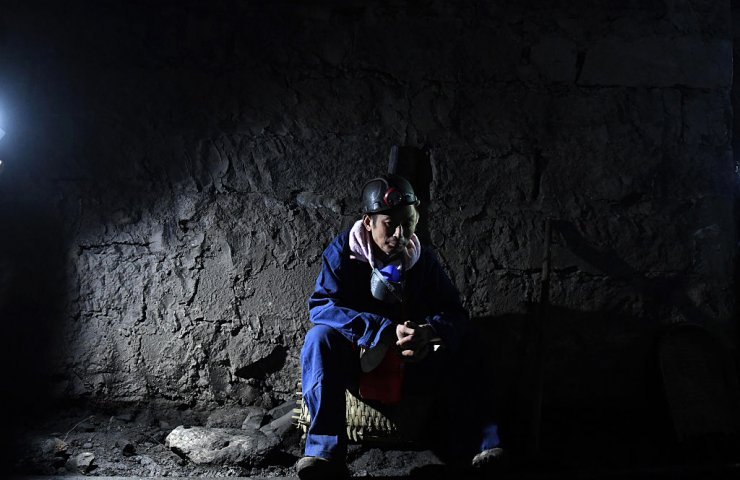 A sudden outburst of coal and gas occurred at 03:51 Thursday at the mine of a coal company affiliated with Huayang New Material Technology Group Co., Ltd. At the time of the incident, there were 12 people in the face, 8 of them managed to rise to the surface, the remaining 4 people were trapped underground.

A search and rescue operation is ongoing, the company said.

Recommended:
On the regional markets of metallurgical products, prices are balancing in a narrow corridor
Port "Yuzhny" has completed the repair of a car dumper that processes 500 wagons of ore per day
Ukraine purchased diesel fuel from Spain for the first time
On this topic
Six people were killed in an explosion at a coal mine in southwestern Pakistan
28 officials prosecuted for explosion at gold mine in East China
Two Killed, Four Missing in a Fire at a Gold Mine in East China
10 miners recovered from exploded gold mine in China
An explosion occurred at the ArcelorMittal mine in Kazakhstan - one of the workers remains under
Korean auto makers will switch to hydrogen engines with help from Chinese steelmakers
Partner news
Сomments
Add a comment
Сomments (0)
News Analytics
Gazprom cuts gas pumping into underground storage facilities in Europe and01-08-2021, 21:54
ArcelorMittal Kryvyi Rih will raise salaries by 10% in two stages if it31-07-2021, 21:03
SE "Antonov" in Canada will build a completely new aircraft - the statement of31-07-2021, 21:11
National Bank of Ukraine predicts economic growth in 2021 by 3.8%29-07-2021, 23:32
"Electrotyazhmash" shipped the stator housing of the hydrogenerator to the29-07-2021, 18:00
Global gold supply to grow by 3.6% in 202131-07-2021, 21:12
Steel raw materials prices decline in all regional markets27-07-2021, 11:57
On the regional markets of metallurgical products, prices are balancing in a22-07-2021, 16:22
Demand for armaments will ensure a stable growth of armored steel sales by 4%20-07-2021, 10:10
Protectionist Measures Support European Steel Prices Despite Summer Lull19-07-2021, 11:02