The fate of another worker is unknown 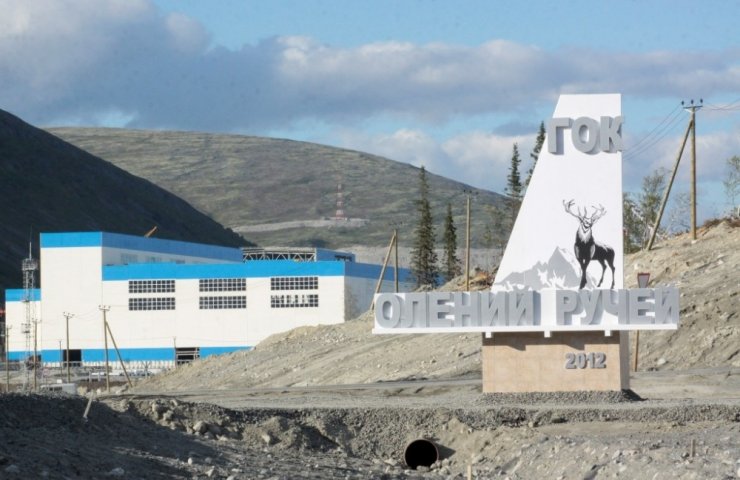 One person died, the fate of one is unknown as a result of a rock collapse at a mining and processing plant in the Murmansk region. This was reported in the regional department of the Ministry of Emergency Situations.

"At 06:57 Moscow time, a rock collapse occurred at the Oleniy Ruchey mining and processing plant. One person died, the fate of one is unknown, " the agency's interlocutor said.

According to him, the work of the enterprise was not interrupted. "Now 113 people continue to work, there is no threat to their lives, " the Ministry of Emergency Situations said.

The reasons and circumstances of the incident are being investigated.

A source in the technical supervision services said: "According to preliminary data, a so-called fish steak or stab occurred at the mine, that is, a crack near the outcropping surfaces during mining operations. The locally exfoliated part of the massif hung, provoked a sudden collapse of rocks ".

Финансовая аналитика, прогнозы цен на сталь, железную руду, уголь и другие сырьевые товары. More news and analytics on Metallurgprom telegram channel - subscribe to get up-to-date market information and price forecasts faster than others.
Сomments
Add a comment
Сomments (0)
On this topic
A man died at a mine in Kuzbass when a rock collapsed
An employee died at the Norilsk enrichment plant, several more people were trapped in the rubble
A safe full of gold discovered at the site of a dam break near Krasnoyarsk
The number of victims of the breakthrough of the dam of the gold mine on the Ceiba River increased
In the Republic of Tuva, a citizen of China died as a result of a collapse in a mine
Four people were killed in the collapse of rocks at the gold mine in South Africa
Recommended:
Metinvest intends to receive compensation from Russia for the destroyed plants in Mariupol
Metinvest enterprises in Ukraine resumed work after massive shelling of infrastructure
EU extends anti-dumping duties on cold rolled steel from China and Russia
News Analytics
China's iron ore output to rise in 2023 as new projects are launched30-11-2022, 18:10
"Centravis" agreed to supply a new batch of seamless pipes to a30-11-2022, 16:51
Metinvest enterprises in Ukraine resumed work after massive shelling of29-11-2022, 11:59
The European Council added the violation of restrictive measures (sanctions) to28-11-2022, 14:22
The abolition of export duty in India may reduce the price of Turkish steel28-11-2022, 14:07
Commodity prices will fall, metals quotes will rise slightly - Focus Economics28-11-2022, 13:28
Platinum market to face shortage next year - WPIC22-11-2022, 18:25
Global steel demand falls and will fall by 2.3% in 2022: WorldSteel19-10-2022, 23:12
Iron ore prices fall to 11-month low15-10-2022, 10:36
China production cuts in winter will give limited boost to steel markets -15-09-2022, 10:09
Sign in with: