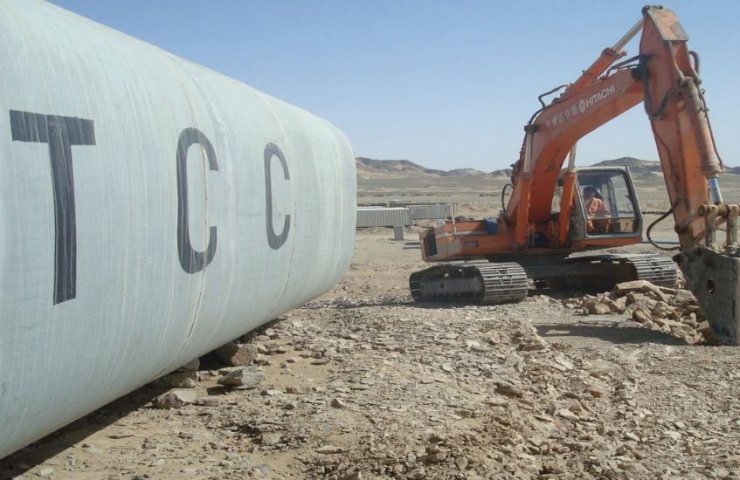 The weekend ruling follows a 2017 verdict confirming that the South Asian country has violated several clauses of its bilateral investment deal with Australia, one of which was Tethyan Copper, by denying a mining license to partner Reko Diq.

Balochistan provincial authorities in 2011 rejected TCC's application for a mining license for the remote Reko Diq block, a rocky desert area near Pakistan's border with Afghanistan and Iran, even though the firm has been awarded an exploration license for the block yet in 2006.

The reason for this step was a counter offer from Chinese competitors - the Metallurgical Corporation of China (MCC), which promised the province a large share of revenues and royalties.

The TCC referred the case to the World Bank's arbitration body, the International Center for the Settlement of Investment Disputes (ICSID for short), seeking damages related to the more than $ 500 million it spent on feasibility studies and exploration.

The US $ 3.3 billion Reko Diq open pit development project of strategic importance to Pakistan is estimated to yield 200,000 tonnes of copper and 250,000 ounces of gold per year, contained in 600,000 tonnes of concentrate, over 56 -years of service.

The Government of Pakistan has announced that it will appeal the decision of the tribunal.

Recommended:
Indonesian gold mine collapse kills 3 people, 5 missing
ArcelorMittal Kryvyi Rih started hot tests of sinter machine No. 2 after reconstruction
Russia and the EAEU launch anti-dumping investigation into pipe supplies from Ukraine
On this topic
Barrick completes acquisition of Acacia Mining
Why mining stocks are falling
Australia allocates money for new technologies in the mining industry
Saudi Arabia creates new Ministry of Industry and Mineral Resources
Brazil demands to ban the operation of tailings and to increase levies from mines
Video of the dam break in Brazil posted on YouTube
Add a comment
Сomments (0)
News Analytics
Bosch launches automotive chip plant in Dresden08-03-2021, 13:45
Eurozone investor morale at its highest rise in 12 months08-03-2021, 12:30
Port on the coast of Pilbara in Australia stops shipments of iron ore due to08-03-2021, 11:14
Coronavirus drove Belgian skiers to the slopes of the Charleroi waste heap07-03-2021, 13:52
US Steel focuses on the production of nanosteel for high-strength alloys07-03-2021, 13:46
Spread between raw materials and high strength alloy steel in Europe increased01-03-2021, 20:21
Increase in prices is forecasted in the markets of steel raw materials -26-02-2021, 09:25
Troy ounce of gold will drop $ 500 in two years - Fitch25-02-2021, 18:29
Global iron ore production growth to outstrip cumulative production in India23-02-2021, 10:22
Fitch Ratings Warns of “Shocking Impact” on Fossil Fuel Exporters18-02-2021, 14:44
Sign in with: