At least 8 people were at least 300 meters underground during the explosion, officials said. 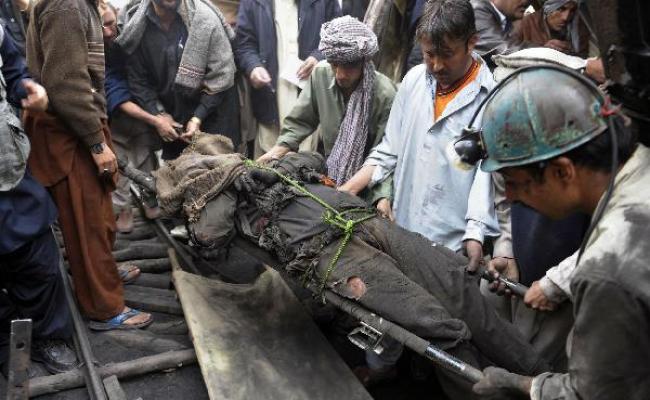 An explosion took place at a coal mine in the province of Baluchistan in southwestern Pakistan, killing at least six people. This was announced on Friday by the chief inspector of the mines of Baluchistan, Shafkat Fayyaz.

According to him, the rescue operation was completed on Friday morning after Thursday's explosion at the Marwar coal mine, located about 60 km from Quetta, the capital of Baluchistan province.

Sh. Fayyaz said in a statement that six bodies were found, two miners were rescued, and the minefield was sealed.

He indicated that the incident is being investigated. According to local media reports, the initial investigation showed that the explosion was caused by a gas leak.

Recommended:
Okean shipyard restores dry dock performance
Tomorrow Ukraine will sell the rights to the largest titanium ore deposit - Gosgeonedra
Real drop in Ukraine's GDP in 2020 turned out to be lower than predicted - Ministry of Economy
On this topic
28 officials prosecuted for explosion at gold mine in East China
Two Killed, Four Missing in a Fire at a Gold Mine in East China
10 miners recovered from exploded gold mine in China
An explosion occurred at the ArcelorMittal mine in Kazakhstan - one of the workers remains under
11 people were killed, three were injured in a coal mine in southwest Pakistan
18 people die after carbon monoxide leak in China coal mine
Add a comment
Сomments (0)
News Analytics
Global hydrogen demand to grow 7-fold by 2070 - PwC21-04-2021, 12:31
Energy independence of Ukraine depends on decarbonization and "green" energy -21-04-2021, 12:42
Shell tests hydrogen fuel cells on ships in Singapore21-04-2021, 11:39
Gazprom will continue to develop priority areas of hydrogen energy based on21-04-2021, 10:49
EU approves targets to reduce greenhouse gas emissions by 55% by 203021-04-2021, 10:36
Global hydrogen demand to grow 7-fold by 2070 - PwC21-04-2021, 12:31
World Steel Association predicts a good year for metallurgists15-04-2021, 18:19
World Steel Association defines green steel and its variations12-04-2021, 13:14
China unlikely to cut steel capacity in 2021 due to high steel prices07-04-2021, 12:11
Scrap metal market at the beginning of April02-04-2021, 11:10
Sign in with: