11 people were killed, three were injured in a coal mine in southwest Pakistan 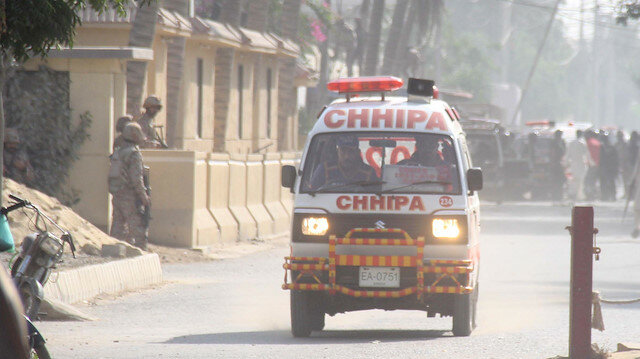 11 coal mine workers were killed and three others were injured in the Bolan region of Baluchistan province in southwestern Pakistan. This was announced on Sunday by a local administration official.

According to him, unidentified militants kidnapped coal mine workers on Saturday evening and then killed them in another area.

Provincial intelligence sources told Xinhua, on condition of anonymity, that the militants handcuffed workers, tied their legs and later shot them at close range.

The victims were taken to a nearby hospital, but their condition is not yet known.

The incident is being investigated. So far, no group or individual has claimed responsibility for the attack.

Baluchistan is one of the four provinces of Pakistan. It is the largest province by area, forming the southwestern region of the country, but it is the least populated. Balochistan's economy is largely based on the extraction of natural gas, coal and other minerals.

Balochistan remains the scene of insurgency by Baloch separatist groups that also target non-Baloch workers, but they have not yet targeted the Shiite minority.

Recommended:
Gazprom and Roscosmos are expanding cooperation in the development and use of satellite systems
2021 will be the year of rapid development of private astronautics
In Kamchatka, the bodies of two miners of the Asachinsky gold deposit were found
On this topic
Terms of cooperation with Energoatom cannot be called constructive - head of VostGOK
Workers of the only uranium mining enterprise in Ukraine prepare for protests
The head of KZHRK ordered preparations for the conservation of all four mines of the enterprise -
The transformation of coal regions will have a significant impact on the entire economy of Ukraine
Jihadists undermine the extraction of gold in Burkina Faso attacking mine
Antofagasta and Barrick win $ 6 billion legal battle with Pakistan
Add a comment
Сomments (0)
News Analytics
In the Republic of Tuva, a citizen of China died as a result of a collapse in a17-01-2021, 11:44
Lenovo remains the global leader in personal computer shipments in 202017-01-2021, 08:19
Ukrzaliznytsia held successful auctions for the sale of scrap metal with an16-01-2021, 17:35
Gosgeonedra of Ukraine is moving to the world geodetic coordinate system WGS-8416-01-2021, 13:38
The only uranium mining enterprise in Ukraine reduced uranium production by 7.1%16-01-2021, 13:52
China will overtake the United States to become the world's largest economy in27-12-2020, 12:04
The shortage in the US steel market will last at least until the end of the25-12-2020, 11:36
Steel production in China to surpass one billion tons this year23-12-2020, 10:59
Iron ore prices hit seven-year high and continue to rise15-12-2020, 10:26
Prices for metallurgical raw materials continue to rise in regional markets10-12-2020, 11:32
Sign in with: