According to the President of Ukraine, against the background of a threefold rise in prices for steel raw materials in the world market, state budget revenues should be increased. 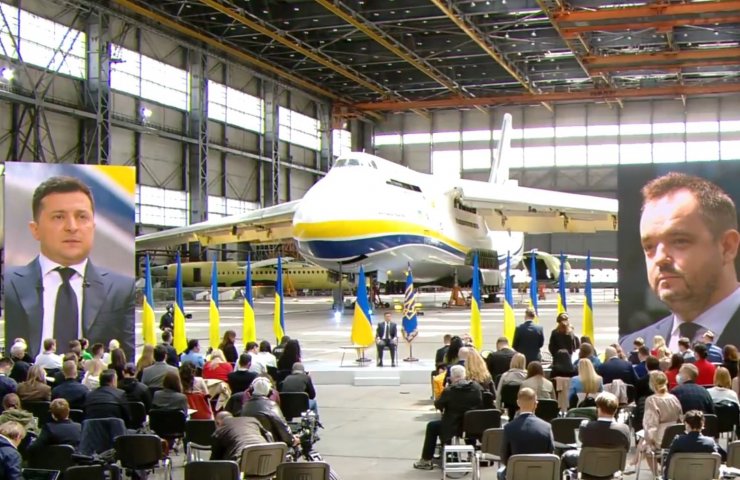 Answering the question of the host of the talk show on the Ukraine 24 channel Vasily Golovanov about raising taxes in Ukraine, Volodymyr Zelensky said that rent payments for minerals "will definitely increase." However, this will not affect small businesses and entrepreneurs, Zelensky added, calling the discussion of raising rental rates as a matter of increasing the tax burden on businesses as manipulations.

“Indeed, in the new powerful law there is an increase in the tax on iron ore ... Iron ore belongs to the people and these bowels belong to the people according to the constitution, and it seems to me that the tax should be increased. It is reasonable that no one goes into the shadows ... We know exactly how to make sure that no one gets hurt and does not close the business. But we will not give an opportunity at a time when we have a war, when it is hard for us, when we have nothing to pay pensions to people, we will not give 200-300% of money from state subsoil, ”Zelensky said.

The Cabinet of Ministers of Ukraine last week approved a bill with amendments to the Tax Code, which proposes the indexation of certain tax rates, such as fees for the use of water, forests and environmental tax, as well as an increase in rent payments for mining, raising the efficiency of the excise tax ...

The bill behind the eyes is called the "Akhmetov dispossession project", because, among other things, after its adoption, the rent for the extraction of iron ore is greatly increased. Let us remind you that now the rent for iron ore is charged at the rate of 11-12% of its cost. After the entry into force of the law, a tax of 0.1% to 16% will be charged based on the market price. In this case, the price of ore with a high iron content - 62% will be applied.

Adoption of unreasonable decisions can bring the mining and metallurgical complex of Ukraine to its knees, while this industry is one of the largest employers and suppliers of foreign exchange earnings, said Serhiy Belenky, a member of the Council of the Federation of Employers of Ukraine.

Talk that Ukrainian mining companies pay a low rental rate for the extraction of iron ore - US $ 4 per tonne is absolutely manipulative, said President of Ukrmetallurgprom Oleksandr Kalenkov. According to him, the current record rise in prices for iron ore raw materials is a temporary phenomenon associated with the dire epidemiological situation in Brazil and South Africa. He recalled that not long ago ore cost about $ 40 per ton on the world market.

Финансовая аналитика, прогнозы цен на сталь, железную руду, уголь и другие сырьевые товары. More news and analytics on Metallurgprom telegram channel - subscribe to get up-to-date market information and price forecasts faster than others.
Сomments
Add a comment
Сomments (0)
On this topic
UN Secretary General: humanity has a chance to cope with global warming
Brazilian Vale and China CCCC jointly invest in steel plant
15 European countries will receive more than 80 billion euros of state support from the EU Council
Time magazine named ecoactivists Greta Thunberg's man of the year
"Naftogaz" has filed a lawsuit against the government of Ukraine for the issuance of a
From Ferrexpo retired marketing Director
Recommended:
The United States imposed a ban on the import and sale of equipment from Huawei, ZTE and a number of other Chinese companies
ArcelorMittal Kryvyi Rih suspends production due to shelling of energy infrastructure
India plans measures to stimulate domestic steel exports
News Analytics
China's iron ore output to rise in 2023 as new projects are launched30-11-2022, 18:10
"Centravis" agreed to supply a new batch of seamless pipes to a30-11-2022, 16:51
Metinvest enterprises in Ukraine resumed work after massive shelling of29-11-2022, 11:59
The European Council added the violation of restrictive measures (sanctions) to28-11-2022, 14:22
The abolition of export duty in India may reduce the price of Turkish steel28-11-2022, 14:07
Commodity prices will fall, metals quotes will rise slightly - Focus Economics28-11-2022, 13:28
Platinum market to face shortage next year - WPIC22-11-2022, 18:25
Global steel demand falls and will fall by 2.3% in 2022: WorldSteel19-10-2022, 23:12
Iron ore prices fall to 11-month low15-10-2022, 10:36
China production cuts in winter will give limited boost to steel markets -15-09-2022, 10:09
Sign in with: