"I want you to panic. I want you to feel the fear that I feel every day," she said to world leaders at the annual world economic forum in Davos, Switzerland, in January 2019. 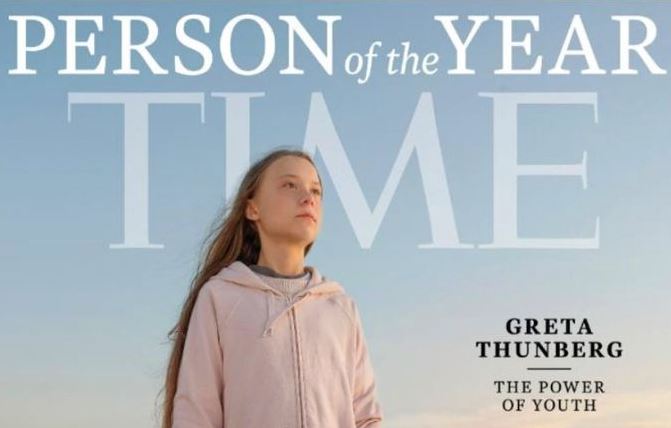 Greta Thunberg, Swedish tinajero, who became a voice of conscience for a generation, faced with the emergency of climate change, was named Wednesday "Man of the year" by Time magazine in 2019.

16-year-old first hit the headlines after his solitary strike against global warming in front of the Parliament of Sweden in August of 2018.

"We can't just continue to live as if no tomorrow, because tomorrow is. That's all we're talking," said Thunberg in an interview with Time.

Magazine interviewed Thunberg on Board the sailing boat that brought her from the United States to Europe after an intense 11-week trip across North America in several U.S. cities and Canada.

When it was declared the award, the Swedish activist was in Madrid at the climate forum of the UN, whose mission is to save the world from global warming.

"From Thunberg's no magic solution to climate change," writes Time in an interview. "But she managed to create a global shift in behavior, turning millions of vague alarms in the middle of the night in the global movement demanding urgent change."

Some scoff at her youth or trying to discredit it because of the Asperger's diagnosis, which she never hid.

"She doesn't like the crowd; ignoring the talk; she talks straight, simple sentences. She can't be flattered or distracted," and, according to Time, "it is these qualities that helped her become a global sensation."

Thunberg says she's puzzled by the hostility of the reaction of some people towards her.

"I honestly don't understand why adults prefer to waste your time on taunts and threats to adolescents and children for the promotion of science, when they can instead do something good," she wrote on Twitter in September. "Being different is not a disease".

She also insists that she "received no money" for his environmental activism.

In the shortlist for "Person of the year" was also the speaker of the house of representatives, Nancy Pelosi, President Obama, Donald trump, the founder of Facebook mark Zuckerberg, American football player Megan Rapinoe, the leader of China XI Jinping, Prime Minister of New Zealand Jacinda Ardern and personal attorney trump Rudolph Giuliani.