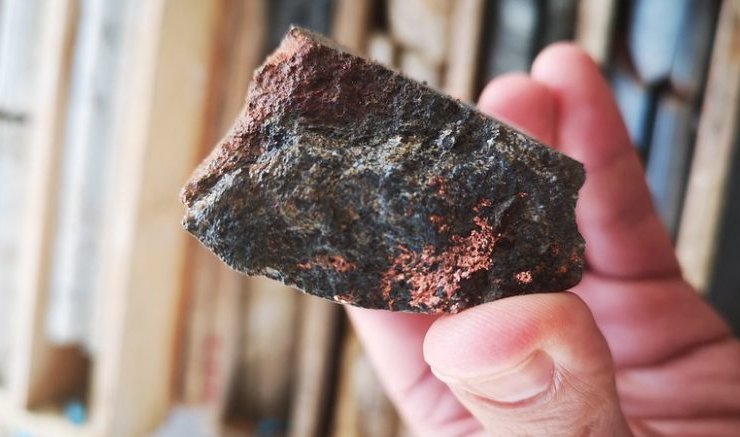 The State Service of Geology and Mineral Resources of Ukraine held a re-auction for the sale of special permits for a section of the "Zalesy-Shmenky ore field" with deposits of copper ores in the Volyn region. The area of ​​the site is 2337 hectares. The approximate reserves of copper are estimated at 95 thousand tons.

A buyer who is ready to pay more than UAH 81 million (about $ 3 million) for the “Zalesy-Shmenky ore field” is provided for geological exploration and pilot development for a period of 5 years.

“Nine participants competed for the right to obtain permission to explore the site. The Symbol Foundry won the victory, offering the highest price - UAH 81,005,000. Bidding showed a record increase in the sale price of the lot - by 1902 times, ”said the Chairman of the State Geological Survey.

The Symbol foundry is located in Chernigov, specializing in the production of castings from cast irons and steels of various grades. Has a representative office in the USA.

A repeated auction for the site "Zalesy-Shmenki ore field" was announced due to the fact that the winner previous trades did not pay the funds for the special permit within the specified period. The selling price at the previous auction increased 483 times, reaching UAH 20,500,000.

Финансовая аналитика, прогнозы цен на сталь, железную руду, уголь и другие сырьевые товары. More news and analytics on Metallurgprom telegram channel - subscribe to get up-to-date market information and price forecasts faster than others.
Сomments
Add a comment
Сomments (0)
On this topic
The largest copper deposit in Ukraine will again try to sell on the Internet auction
The largest copper deposit in Ukraine was sold for the third time and again more expensive than the
The first of the gold-bearing areas of Ukraine put up for auction was sold to a citizen of Turkey
A plot with copper deposits in the Volyn region of Ukraine has risen in price at auction 483 times
Tomorrow Ukraine will sell the rights to the largest titanium ore deposit - Gosgeonedra
Mineral resources can become a driver of the Ukrainian economy - head of the State Geological
Recommended:
Ukraine may resume coal exports to Poland
Chinese scientists discover previously unknown mineral in lunar soil samples
UK unions cancel all planned strikes after Queen's death
News Analytics
British Steel owner asks government for financial support05-10-2022, 13:05
The price of gold crossed the mark of 1700 dollars05-10-2022, 13:28
US coal prices top $20004-10-2022, 10:16
Tata Steel merger plan to secure long-term profits03-10-2022, 10:46
US hydrogen prices to drop to zero dollars per kg in 5 to 6 years: Platts02-10-2022, 21:53
China production cuts in winter will give limited boost to steel markets -15-09-2022, 10:09
Steel prices may rise as manufacturers stop production11-09-2022, 14:06
IREPAS: The global long products market is in a "dramatic situation"10-09-2022, 20:49
Steel prices are unlikely to rise significantly in the near future - analysts02-09-2022, 22:58
Steel prices may move up on new data from China31-08-2022, 12:19
Sign in with: