The mining and metallurgical company plans to obtain an economic effect of about $ 120 million as a result of the digital transformation of mining and processing enterprises. 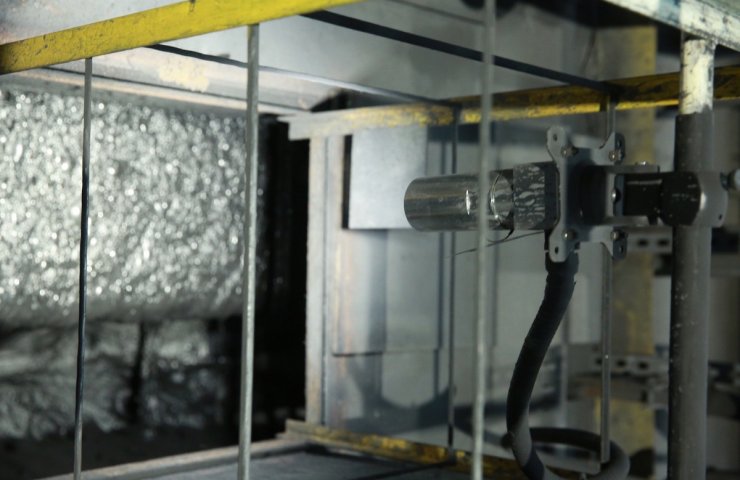 At the Ingulets GOK (InGOK) of the Dutch mining and metallurgical company Metinvest B.V. (Metinvest) has launched a project to use computer vision Visio Froth at the ROF-2 flotation section. It is planned that thanks to Visio Froth in 2022, the plant will be able to increase the volume of iron ore concentrate produced by 60 thousand tons per year using the same volume of ore as now.

“The use of new technologies allows you to quickly manage the process of concentrate production based on the results of analyzes of its samples. The work of the Visio Froth system will allow you to go to proactive control in real time, without waiting for the results of chemical analysis. Thanks to Visio Froth, we expect that in 2022 the plant will increase concentrate production by 60 thousand tons per year using the same volume of ore as now, ”said Alexander Gerasimchuk, General Director of InGOK.

Visio Froth is not the only digital project at the company's mining and processing plants. In 2021, the following initiatives will be implemented as pilot projects: Digital Quarry (InGOK) and Automation of Beneficiation Sections (SevGOK, InGOK).

Metinvest expects that the effect of the digital transformation of mining and processing enterprises will amount to about $ 120 million.

Metinvest B.V. consists of mining and metallurgical enterprises located in Ukraine, Europe and the USA and has a sales network covering all key world markets.

Финансовая аналитика, прогнозы цен на сталь, железную руду, уголь и другие сырьевые товары. More news and analytics on Metallurgprom telegram channel - subscribe to get up-to-date market information and price forecasts faster than others.
Сomments
Add a comment
Сomments (0)
On this topic
Energomashspetsstal is preparing a batch of rolls for shipment to Primetals Technologies
Metinvest and Primetals Technologies signed a memorandum of cooperation on decarbonization issues
Time magazine named ecoactivists Greta Thunberg's man of the year
The steel industry, the United States recognized itself the most energy efficient in the world
Tata Steel joined the project of construction of European hyperloop
Energomashspetsstal successfully passed General Electric qualification
Recommended:
The European Commission has approved 5.2 billion euros of state support for another massive hydrogen project
Islamabad receives $1.5 billion investment proposal for PSMC privatization
Ferroalloy enterprises of Ukraine in total reduced output by 27.6%
News Analytics
EBRD downgrades Ukrainian economic growth forecast for 2023 from 25% to 8%28-09-2022, 13:57
EU plans additional sanctions against Russian metallurgy27-09-2022, 10:34
The European Commission has approved 5.2 billion euros of state support for27-09-2022, 10:43
China's leading industrial profits fall 2.1% in first 8 months27-09-2022, 10:20
Moody's changed the outlook for the global mining industry to26-09-2022, 19:04
China production cuts in winter will give limited boost to steel markets -15-09-2022, 10:09
Steel prices may rise as manufacturers stop production11-09-2022, 14:06
IREPAS: The global long products market is in a "dramatic situation"10-09-2022, 20:49
Steel prices are unlikely to rise significantly in the near future - analysts02-09-2022, 22:58
Steel prices may move up on new data from China31-08-2022, 12:19
Sign in with: