An unknown company from Lviv with a Turkish owner acquired the first of 4 gold-bearing areas put up for auction in Ukraine. 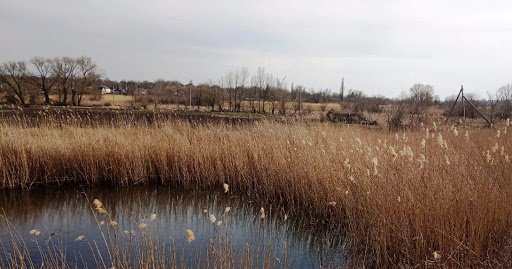 The site with gold ore deposits, the Zheltovodskaya area (Dnipropetrovsk region), put up for electronic auction by the State Service of Geology and Subsoil (Gosgeonedr) of Ukraine, will be acquired by the Lviv company Spys Ukraine, owned by a Turkish citizen Firat Chakmak. The authorized capital of the LLC is 869 UAH.

According to Gosgeonedr, the winner of the auction is associated with the Turkish Onur Group Ukraine, which has been working in Ukraine for more than 16 years - investing in green energy, agriculture, mining, as well as woodworking, air transportation and tourism.

Type of subsoil use and the period for which the permit is granted: geological study of the main minerals - gold ores and accompanying minerals - niobium ores, including pilot development of deposits, period - 5 years.

As reported, Gosgeonedr will put up four sites with gold ore deposits for electronic auction. According to the agency, Ukraine has significant reserves of gold, about 3 thousand tons.

In total, today an electronic auction was held for the sale of 13 special permits with deposits of groundwater, amber, manganese ores and gold, as well as alkaline kaolins and flasks. During the competitive struggle, the total cost of lots increased six times - from 6.5 to 38.4 million hryvnia.

The lot with manganese ore deposits showed the greatest growth. Seven participants competed for the right to use the subsoil. The selling price of the lot increased during the auction more than 53 times - up to UAH 10 million.

Let us remind you that the Verkhovna Rada of Ukraine adopted the Law "On state support of investment projects with significant investments." According to the law, investors who decide to invest in priority sectors, which include mining, with mandatory subsequent primary processing or enrichment of minerals in our country, will receive incentives from the state.

Recommended:
Turkey responds to EU with its own anti-dumping investigation of hot rolled steel supplies
Krivoy Rog iron ore plant bought a powerful loader for the Gvardeyskaya mine
Germany suspended construction permit for Nord Stream 2
On this topic
The oldest and largest winery of Crimea "Massandra" sold for 5.32 billion rubles
Ukraine can fully provide itself with uranium and hydrocarbons - Roman Opimakh
How the reform of the electricity market in Ukraine can lead to a collapse and what to do about it
Shakhta imeni Artema will continue to produce iron ore for "ArcelorMittal Kryvyi Rih"
Minamaneho of Ukraine plans in April 2020 to conduct a pilot auction for "green" generation
NBU will receive 170 million from the sale of the Kherson oil transshipment complex
Add a comment
Сomments (0)
News Analytics
Высокоскоростная железнодорожная магистраль свяжет юг Казахстана и столицу26-01-2021, 14:27
In 2021, an analogue of the US Department of Defense Research Projects Office26-01-2021, 11:24
Turkey plans to produce 100 tons of gold annually26-01-2021, 11:15
Energomashspetsstal successfully handed over to the customer 8 covers for the26-01-2021, 10:31
Russian Magnitka expects high profits and further rise in steel prices26-01-2021, 10:31
China will overtake the United States to become the world's largest economy in27-12-2020, 12:04
The shortage in the US steel market will last at least until the end of the25-12-2020, 11:36
Steel production in China to surpass one billion tons this year23-12-2020, 10:59
Iron ore prices hit seven-year high and continue to rise15-12-2020, 10:26
Prices for metallurgical raw materials continue to rise in regional markets10-12-2020, 11:32
Sign in with: