Ukraine increased export of titanium ores and concentrate by 4.93% 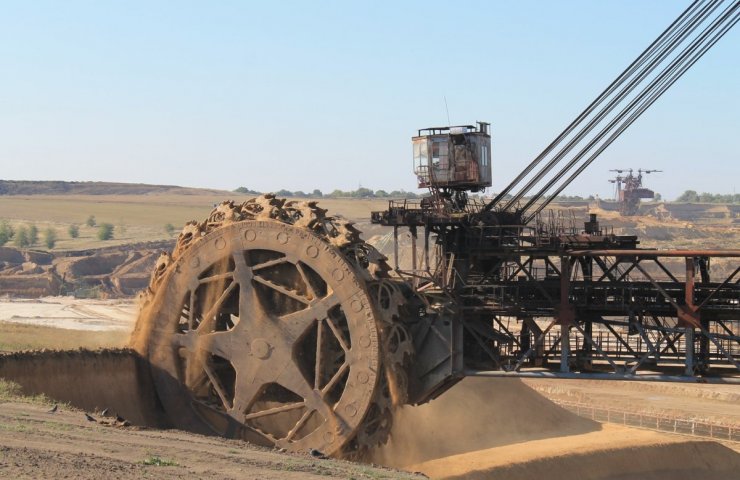 Ukraine in January-May 2021 increased the export of titanium-containing ores and concentrate in physical terms by 4.93% compared to the same period last year - up to 262.039 thousand tons.

According to statistics released by the State Customs Service (GTS), in monetary terms, the export of titanium ores and concentrate increased by 11.8% to $ 67.439 million. At the same time, the main export was carried out to China (24.44% of supplies in monetary terms), the Russian Federation (15.3%) and Turkey (14.51%).

Ukraine during the specified period imported 300 tons of titanium-containing ores from Senegal in the amount of 267 thousand dollars, while in January-May 2020 it imported 378 tons from this country for 285 thousand dollars.

In Ukraine, titanium-containing ores are currently mined mainly at the United Mining and Chemical Company (OGHK), which controls the Volnogorsk Mining and Metallurgical Plant (VGMK, Dnepropetrovsk Region) and the Irshansk Mining and Processing Plant (IGOK , Zhytomyr region), as well as OOO Mezhdurechensky GOK and OOO Valki-Ilmenite (both OOO Irshansk, Zhytomyr region). In addition, the production and commercial company Velta (Dnipro) has built an ore mining and processing plant at the Birzulovskoye field with a capacity of 240 thousand tons of ilmenite concentrate per year. Holding company Velta Group Global Ltd. registered in London in November 2011.

Recommended:
The first domestic industrial energy storage system was developed and launched in Ukraine
At a chemical plant in Rivne, a pipeline depressurization occurred in the nitric acid production workshop
Ukraine and the European Union signed a Memorandum on the supply of strategically important raw materials and metals
On this topic
Steel production in September 2020
Ukrainian enterprises reduced the export of ferrous scrap in half
Ukraine in the first quarter increased export of semi-finished products from carbon steel by 12.3%
Ukraine increased its imports of Nickel ores and concentrate of 69.5%
Ukraine increased export of semi-finished products from carbon steel by 3.7%
Ukraine has reduced exports of pig iron in real terms by 3.3%
Partner news
Сomments
Add a comment
Сomments (0)
News Analytics
National Bank of Ukraine predicts economic growth in 2021 by 3.8%29-07-2021, 23:32
"Electrotyazhmash" shipped the stator housing of the hydrogenerator to the29-07-2021, 18:00
Gas price in Europe exceeded $ 500 per thousand cubic meters29-07-2021, 16:43
German concern ThyssenKrupp sells its mining business29-07-2021, 16:22
We are working hard: Ukrzaliznytsia records record indicators of daily load29-07-2021, 11:56
Steel raw materials prices decline in all regional markets27-07-2021, 11:57
On the regional markets of metallurgical products, prices are balancing in a22-07-2021, 16:22
Demand for armaments will ensure a stable growth of armored steel sales by 4%20-07-2021, 10:10
Protectionist Measures Support European Steel Prices Despite Summer Lull19-07-2021, 11:02
Positive price growth is observed in the markets for metallurgical products16-07-2021, 14:12