The Ferrexpo Board of Directors has announced the appointment of Nikolay Kladiev as Group CFO since the publication of the interim results on August 4, 2021. 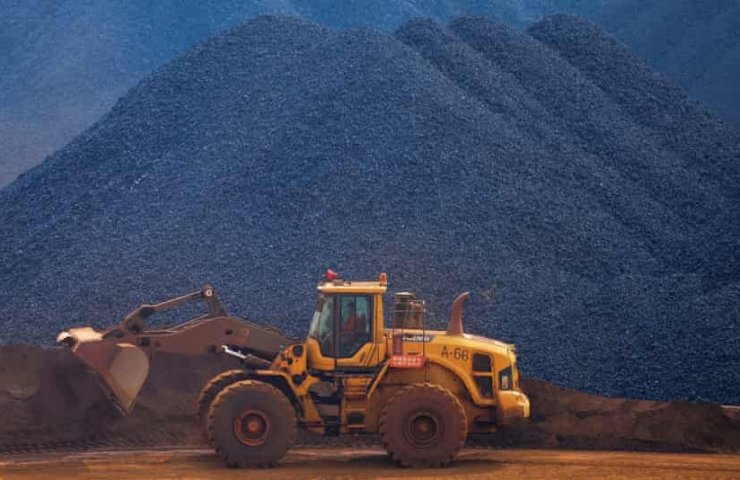 Roman Palivoda, currently acting CFO of the Swiss mining company Ferrexpo and Ukrainian businessman Konstantin Zhevoy, told the Board of Directors of his decision to step down after 13 years with the group to pursue other career opportunities. This was reported by the Ferrexpo press service on Wednesday, July 7.

“The Board of Directors would like to thank Roman for his significant contribution to Ferrexpo during this period, which helped shape the group's financial statements and financing for growth. Roman will remain in the group until September 30, 2021 to ensure a proper handover, ”Ferrexpo said.

Nikolay Kladiev, who since 2007 has been working on the Board of Directors of Ferrexpo Poltava Mining as CFO, will become the new CFO of the company that owns the Poltava and Eristovsky mining and processing plants (both - Horishny Plavni, Poltava region) in Ukraine, as well as was a member of the group's executive committee.

Prior to Ferrexpo, Nikolay Kladiev held a number of audit positions at Arthur Andersen and Ernst & Young in Ukraine and Eastern Europe.

At the end of last month, Volodymyr Zelenskyy put into effect the decision of the National Security and Defense Council of Ukraine on sanctions against the Belanovskiy mining and processing plant, which is part of the Ferrexpo group, which provides for the cancellation of a special permit for the use of subsoil No. Poltava region).

Ferrexpo is an iron ore company headquartered in Switzerland and assets in Ukraine. It has been mining, processing and marketing high quality iron ore pellets to the global steel industry for over 40 years. In 2020, the group produced 11.2 million tonnes of iron ore pellets, which is 7% more than in the previous year. The company ranks 3rd in the world for the export of pellets to the global steel industry with a market share of about 9%.

Финансовая аналитика, прогнозы цен на сталь, железную руду, уголь и другие сырьевые товары. More news and analytics on Metallurgprom telegram channel - subscribe to get up-to-date market information and price forecasts faster than others.
Сomments
Add a comment
Сomments (0)
On this topic
Ferrexpo Konstantin Zhevago will pay specailizing in the amount of 6.6 USD on share
Ferrexpo has achieved removal of arrest from shares of Poltava GOK
"Naftogaz" has filed a lawsuit against the government of Ukraine for the issuance of a
A Ukrainian court allowed the arrest of Konstantin Zhevago, the owner of Ferrexpo
District court of Kyiv imposed a new restriction for 50.3% of Ferrexpo Poltava Mining
Konstantin Zhevago has resigned as CEO of Ferrexpo due to issues in Ukraine
Recommended:
The Baltic States plan to increase the capacity of offshore wind farms by seven times by 2030
Stopped Zaporizhzhya NPP will not resume operation until the shelling stops
Steelmakers are exploring the use of hydrogen for energy-intensive processes
News Analytics
EBRD downgrades Ukrainian economic growth forecast for 2023 from 25% to 8%28-09-2022, 13:57
EU plans additional sanctions against Russian metallurgy27-09-2022, 10:34
The European Commission has approved 5.2 billion euros of state support for27-09-2022, 10:43
China's leading industrial profits fall 2.1% in first 8 months27-09-2022, 10:20
Moody's changed the outlook for the global mining industry to26-09-2022, 19:04
China production cuts in winter will give limited boost to steel markets -15-09-2022, 10:09
Steel prices may rise as manufacturers stop production11-09-2022, 14:06
IREPAS: The global long products market is in a "dramatic situation"10-09-2022, 20:49
Steel prices are unlikely to rise significantly in the near future - analysts02-09-2022, 22:58
Steel prices may move up on new data from China31-08-2022, 12:19
Sign in with: