The donation will enable all households in a village about 10 km south of Bor to receive drinking water by early November. 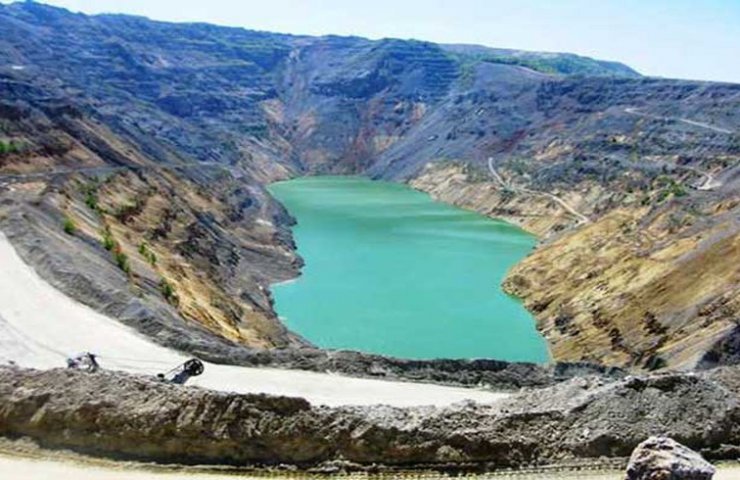 Chinese mining company Zijin Mining, which owns and operates a copper mining and smelting complex in the Serbian town of Bor, donated a million euros (approximately USD 1.19 million) to the local community on Thursday to build a water supply system that will serve 1,000 people. in the nearby village of Metovnitsa.

The donation agreement was signed in Metovnica by Bora Mayor Aleksandr Milikic and representatives of Zijin Mining and a local water company at a handover ceremony in the presence of Serbian Deputy Prime Minister Zorana Mikhailovic, employees of the Chinese Embassy in the country and several local residents.

Thanking the authorities and the Chinese company, A. Milikic said that the donation will allow all households in the village, located about 10 km south of Bor, to receive drinking water by the beginning of November.

He added that Zijin Mining's presence in Bor City has increased tax revenues since 2019, increased the city's annual budget by 40% and created jobs for 1,500 local young people.

Z. Mikhailovich, who is also the country's Minister of Energy and Mining, recalled that “mining is not only ore” and the donation to Zijin Mining shows how living conditions can be improved.

“About 300 children attending rural school will have a future, and in that future they will have water, electricity, roads and job opportunities,” she said.

Z. Mikhailovich noted that a large mine called "Chukaru Peki" will be opened this fall. It will be one of the largest copper and gold mining sites in Europe and the first green mine in Serbia.

“It will really be a“ green mine ”, and it will differ from all those that we are used to seeing and in which we worked,” said Z. Mikhailovich, adding that the mine will become the second largest copper and gold mine in Europe after a mine in Poland.

Финансовая аналитика, прогнозы цен на сталь, железную руду, уголь и другие сырьевые товары. More news and analytics on Metallurgprom telegram channel - subscribe to get up-to-date market information and price forecasts faster than others.
Сomments
Add a comment
Сomments (0)
On this topic
Elon Musk contracted coronavirus, but doubts the reliability of the tests
Bryah Resources and OMM to jointly search for manganese in Western Australia
Employees of the Nissan plant in Barcelona lit candles on their jobs (Video)
Ukraine will strengthen interaction with the US Internal Revenue Service
The steel industry, the United States recognized itself the most energy efficient in the world
UN Secretary General: humanity has a chance to cope with global warming
Recommended:
India plans measures to stimulate domestic steel exports
Russia will allocate more than $700 million for the production of domestic aircraft engines
Ukraine delivered 86,000 tons of iron ore to Turkey in September - TUIK
News Analytics
Предприятия Метинвеста в Украине возобновили работу после массированных29-11-2022, 11:59
The European Council added the violation of restrictive measures (sanctions) to28-11-2022, 14:22
The abolition of export duty in India may reduce the price of Turkish steel28-11-2022, 14:07
Australia and the UK aim to catch up and overtake China in the battery metal26-11-2022, 22:37
The United States imposed a ban on the import and sale of equipment from26-11-2022, 22:31
Commodity prices will fall, metals quotes will rise slightly - Focus Economics28-11-2022, 13:28
Platinum market to face shortage next year - WPIC22-11-2022, 18:25
Global steel demand falls and will fall by 2.3% in 2022: WorldSteel19-10-2022, 23:12
Iron ore prices fall to 11-month low15-10-2022, 10:36
China production cuts in winter will give limited boost to steel markets -15-09-2022, 10:09
Sign in with: