The former people's deputy of Ukraine and the main shareholder of the Ferrexpo group of companies has been put on the international wanted list on suspicion of embezzlement of funds of Bank Finance and Credit JSC. 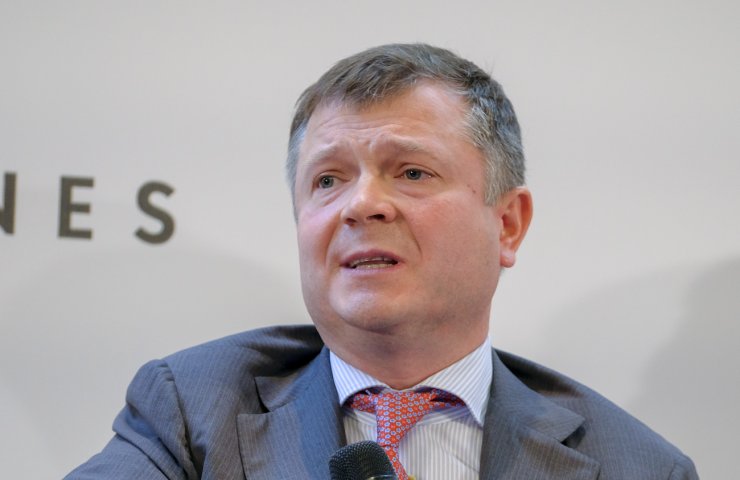 At the request of the State Bureau of Investigation of Ukraine (SBI), Interpol has declared the People's Deputy of the Verkhovna Rada of Ukraine of the III-VIII convocations Konstantin Zhevago on the international wanted list, the press service of the SBI reports.

On September 27, 2019, he was informed of the suspicion. According to the RRB, Zhevago, as the former owner of Bank Finance and Credit JSC, orchestrated the embezzlement of US $ 113 million from this financial institution.

“An offshore company controlled by him opened credit lines in foreign banks, and his bank became a surety. After the offshore company did not fulfill its contractual obligations, foreign banks recovered the collateral of the guarantor, in particular, they wrote off USD 113 million from the correspondent accounts of the Ukrainian bank. After that, the specified bank was declared insolvent, ”the message says.

In March of this year, Konstantin Zhevago was the third in the ranking of the richest businessmen of Ukraine from Forbes Ukraine. His fortune increased from $ 1.1 billion to $ 2.1 billion. Its largest asset is Ferrexpo (Great Britain), which controls the Poltava and Eristovsky mining and processing plants (both - Horishny Plavni, Poltava region).

The Ferrexpo Group is the largest manufacturer and exporter of these products among the post-Soviet countries. In the first half of the year, the company increased the production of pellets with an iron content of 67% (pellets for the direct reduction of iron technology) by 28% compared to the first half of 2021 - up to 135 thousand tons.

Финансовая аналитика, прогнозы цен на сталь, железную руду, уголь и другие сырьевые товары. More news and analytics on Metallurgprom telegram channel - subscribe to get up-to-date market information and price forecasts faster than others.
Сomments
Add a comment
Сomments (0)
On this topic
Ferrexpo has achieved the removal of restrictions on operations with shares of Poltava GOK
A Ukrainian court allowed the arrest of Konstantin Zhevago, the owner of Ferrexpo
District court of Kyiv imposed a new restriction for 50.3% of Ferrexpo Poltava Mining
Ferrexpo denies reports of legal prosecution of Konstantin Zhevago
Ferrexpo has achieved removal of arrest from shares of Poltava GOK
Ferrexpo Konstantin Zhevago will pay specailizing in the amount of 6.6 USD on share
Recommended:
Russia has updated the list of strategic minerals to include rare earth metals
India is building a hydropower center with a capacity of 6,000 MW of electricity per year
Chinese scientists discover previously unknown mineral in lunar soil samples
News Analytics
Moody's changed the outlook for the global mining industry to26-09-2022, 19:04
Russia may increase taxation of oil, gas, coal and fertilizers26-09-2022, 15:58
UK steel production hits record low this year26-09-2022, 15:07
Ukrainian court invalidated sale of Ferrexpo Plc shares in 200222-09-2022, 12:45
EU Commission not doing enough to save aluminum industry - associations21-09-2022, 11:07
China production cuts in winter will give limited boost to steel markets -15-09-2022, 10:09
Steel prices may rise as manufacturers stop production11-09-2022, 14:06
IREPAS: The global long products market is in a "dramatic situation"10-09-2022, 20:49
Steel prices are unlikely to rise significantly in the near future - analysts02-09-2022, 22:58
Steel prices may move up on new data from China31-08-2022, 12:19
Sign in with: