After the entry into force of the law, violators will be imprisoned for a period of 5 to 8 years for illegal extraction of minerals of local and national importance, if such actions were committed by an organized group, by arson, explosion, resulting in the death of people, their mass disease or other serious consequences. 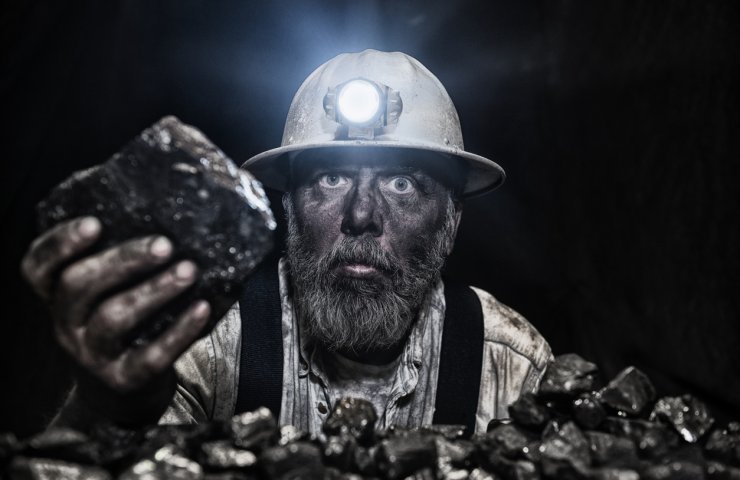 President of Ukraine Volodymyr Zelenskyy signed the Law "On Amendments to Certain Legislative Acts of Ukraine Concerning Strengthening Liability for Illegal Extraction of Mineral Resources" No. 1685-IX, adopted by the Verkhovna Rada on July 15, 2021. A law signed by the President makes such activities a criminal offense and increases accountability.

From now on, violation of the established rules for the protection of subsoil, if this created a danger to life, health of people or the environment, as well as illegal mining of local importance in a significant amount, is punishable by a fine from 500 to 800 non-taxable minimum incomes of citizens or by restriction or imprisonment for up to two years.

If such actions were committed by an organized group or in a generally dangerous way, resulted in the death of people or other grave consequences, a punishment is provided in the form of imprisonment for a term of five to eight years.

The law comes into force on the day following the day of its publication.

Финансовая аналитика, прогнозы цен на сталь, железную руду, уголь и другие сырьевые товары. More news and analytics on Metallurgprom telegram channel - subscribe to get up-to-date market information and price forecasts faster than others.
Сomments
Add a comment
Сomments (0)
On this topic
For illegal mining in Ukraine, you can now go to prison for 8 years
The State Geological Survey of Ukraine has developed an algorithm of actions in the event of
The President of Ukraine enacted the NSDC decision on the state of affairs in the field of subsoil
Revised draft law on support of the extractive industry of Ukraine sent to parliament
In Kiev, the director of one of the plants of the State Corporation "Ukroboronprom" will
National Security and Defense Council of Ukraine will check 256 permits for mining
Recommended:
EU Commission not doing enough to save aluminum industry - associations
Nippon Steel raises steel prices to a record high for deliveries to Toyota plants
The market of new passenger cars in Ukraine decreased by almost three times in August
News Analytics
The production of passenger cars in Russia decreased by 2.8 times in eight29-09-2022, 11:19
Donetsk and Torez electrotechnical plants will start producing electrical29-09-2022, 11:37
Ukrainian coking plants reduced gross coke production by 55.2%29-09-2022, 11:28
China ramps up investment in transport to bolster economy29-09-2022, 11:33
The heads of mining companies named the main risks for business29-09-2022, 10:03
China production cuts in winter will give limited boost to steel markets -15-09-2022, 10:09
Steel prices may rise as manufacturers stop production11-09-2022, 14:06
IREPAS: The global long products market is in a "dramatic situation"10-09-2022, 20:49
Steel prices are unlikely to rise significantly in the near future - analysts02-09-2022, 22:58
Steel prices may move up on new data from China31-08-2022, 12:19
Sign in with: