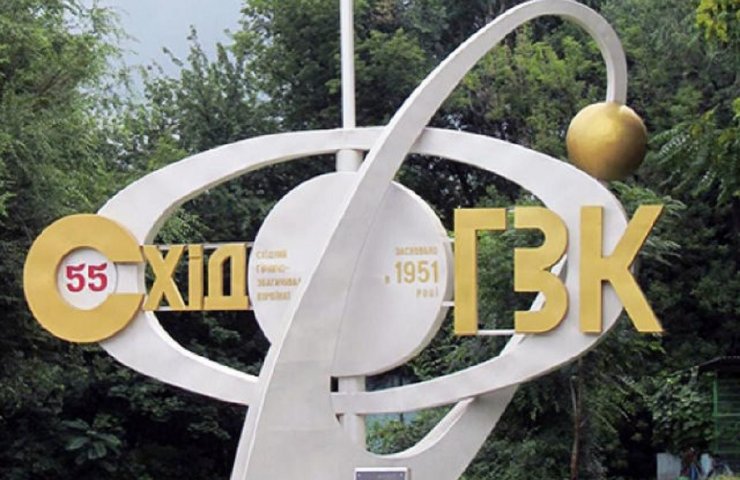 On August 5, the accounts of the state enterprise Vostochny Ore Mining and Processing Plant received funds from NNEGC Energoatom in the amount of 30 million hryvnias to pay off debts for electricity consumption. According to the press service of VostGOK, the funds were directed to companies - electricity suppliers.

Over the past two weeks, the issue with the power supply of the enterprise has been very acute. All auxiliary divisions of the Zheltovodsky site were disconnected from electricity for more than a week.

On August 5, there was a real threat of a complete shutdown of the plant, including uranium mines and factories. The first shifts of Ingulskaya, Smolinskaya, Novokonstantinovskaya did not go down into the mines. The company, which employs almost 5,000 Ukrainians, began to prepare for the transition to an idle mode.

The administration of SE "VostGOK" conducted numerous negotiations with the Ministry of Energy, the management of NAEK "Energoatom" on the immediate transfer of funds to resolve this situation and avoid the negative consequences of the shutdown of uranium mining and processing industries.

As of today, disconnection of the main production sites from power supply is not allowed.

Recommended:
About 20,000 tons of coal disappeared at mines in Lviv: the Ministry of Energy appealed to the police
Ukrainian business is optimistic about the results of its activities in August - National Bank
Investment demand for electricity projects in Ukraine is $ 25 billion - Ministry of Energy
On this topic
Energoatom accused VostGOK of short supply of uranium concentrate for 700 million hryvnia
The protest action of the workers of the VostGOK uranium mining mines will continue around the clock
Workers of uranium mines in Ukraine threaten to block four routes on Monday
Uranium problems: Ukraine may lose its own production
Terms of cooperation with Energoatom cannot be called constructive - head of VostGOK
Workers of the only uranium mining enterprise in Ukraine prepare for protests
Partner news
Сomments
Add a comment
Сomments (0)
News Analytics
State Environmental Inspection filed claims against ArcelorMittal Kryvyi Rih in17-09-2021, 10:28
US Steel will build an electrometallurgical plant with a capacity of 3 million17-09-2021, 10:48
Airbus begins designing a hydrogen-powered aircraft17-09-2021, 10:06
There are already 779 enterprises in Ukraine that officially carry out17-09-2021, 09:16
Low-cost carrier Ryanair plans aggressive expansion in Ukraine16-09-2021, 21:34
Moody's changes its outlook for the mining and metals industry from "positive"14-09-2021, 18:39
European steel prices decline from summer highs and remain stable high04-09-2021, 10:38
Rise in European steel prices to dizzying levels finally fizzled out - Bloomberg27-08-2021, 13:18
Gold continues to be the most efficient portfolio asset - WGC26-08-2021, 12:38
Falling iron ore prices caught Wall Street by surprise - WSJ23-08-2021, 13:57
Sign in with: