Who Will Get Afghanistan's Lithium and Copper Deposits After US Leaving?

While the United States was taking people out of Afghanistan, and footage of Afghans storming the Kabul airport to fly out of a Taliban-occupied country went around the world, some countries were exploring the opportunities that lay before them. 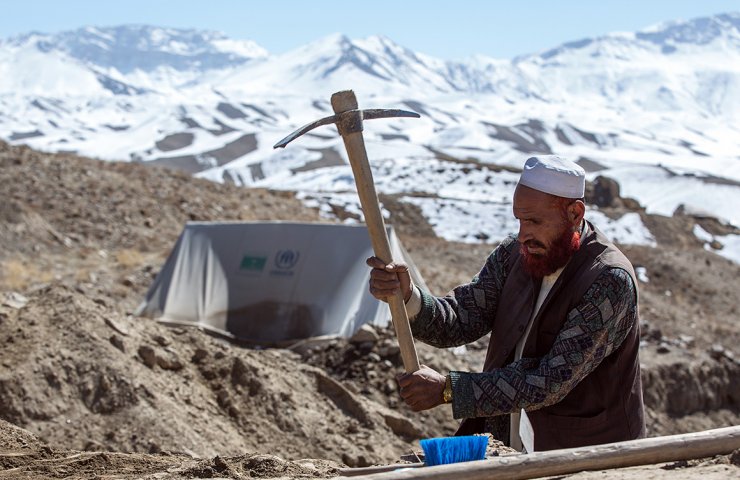 Afghanistan is uniquely rich in ferrous, non-ferrous and rare earth metals. For example, the size of the explored reserves of ferrous metals of the deposit in the foothills of the Hindu Kush ridge is more than 500 million tons. And Aynak is the famous Afghan copper deposit, the largest in Eurasia. According to the US Geological Survey, it contains 450 million tons of copper ore. Afghanistan has, according to some estimates, the world's largest deposits of lithium, one of the most important metals for the transition to green energy.

These and many other deposits in Afghanistan are practically untouched. Geological experts say it is unknown how resource-rich Afghanistan really is. Given the limited resources, the importance of Afghan fields for knowledge-intensive industries is growing every year.

At the same time, Afghanistan itself does not have the technology and finance to develop the fields on its own. And none of the world's leading mining companies, except for the Chinese, has been able to gain access to the resources. However, their experience in Afghanistan is hardly successful.

With the withdrawal of US troops from Afghanistan, it is not yet clear who can get the wealth of this war-torn country. According to many experts, China may become the first contender for rapprochement with the new authorities in Kabul.

First, in recent history there are enough examples of how Beijing is not afraid to invest in risky assets around the world. Second, China, like Russia, approached the rapprochement with the Taliban and received them at the ministerial level. In this case, it is logical to assume that behind all these actions there is a mercantile calculation to gain access to Afghan resources at a time when the government, which has not yet been properly formed, is in dire need of foreign funding, and there is no longer any obstacle in the form of the West.

However, China's interests in Afghanistan are limited by the desire to contain a potentially dangerous wave of violence and radicalism within the country. To prevent one of the “three evils” (radicalism, separatism, terrorism), which Beijing has been actively fighting for the past few decades, from penetrating across the border in the Wakhan Corridor or with the Central Asian countries into Chinese Xinjiang. In other words, whether China invests in Afghanistan or not depends on how profitable it can be.

Recommended:
The head of Naftogaz warned of possible discrediting of the Ukrainian gas transportation system for European consumers
Ukraine will transform all enterprises of the space industry into joint-stock companies
The director of the Kiev civil aviation plant urged to abandon Russian aluminum
On this topic
NADPU expert: the radioactivity of the Azov zirconium deposit is greatly exaggerated
Where and how much gold is there in Ukraine?
State Geological Survey of Ukraine announces attempts to disrupt auctions for sites with lithium
Armenia and Azerbaijan draw a new border right in the middle of a gold mine
Iran has refused to transfer the data of the investigation on the downed Boeing in Ukraine because
Metinvest has received a kind "Hello" from the ancient Scythians
Partner news
Сomments
Add a comment
Сomments (0)
News Analytics
Free access to data on special permits for the use of subsoil was opened in28-09-2021, 18:27
Zaporozhye iron ore plant modernized crushing and sorting plant28-09-2021, 16:48
The development of industrial parks will allow to completely restart the28-09-2021, 16:19
Ukrainian Foreign Ministry summoned the Hungarian Ambassador over an agreement28-09-2021, 12:43
ArcelorMittal to Build a Billion Euro Waste Blast Furnace in Belgium28-09-2021, 12:16
Oil prices to surpass $ 90 by year end due to shortages - Goldman Sachs27-09-2021, 10:58
Moody's changes its outlook for the mining and metals industry from "positive"14-09-2021, 18:39
European steel prices decline from summer highs and remain stable high04-09-2021, 10:38
Rise in European steel prices to dizzying levels finally fizzled out - Bloomberg27-08-2021, 13:18
Gold continues to be the most efficient portfolio asset - WGC26-08-2021, 12:38
Sign in with: