Where and how much gold is there in Ukraine? 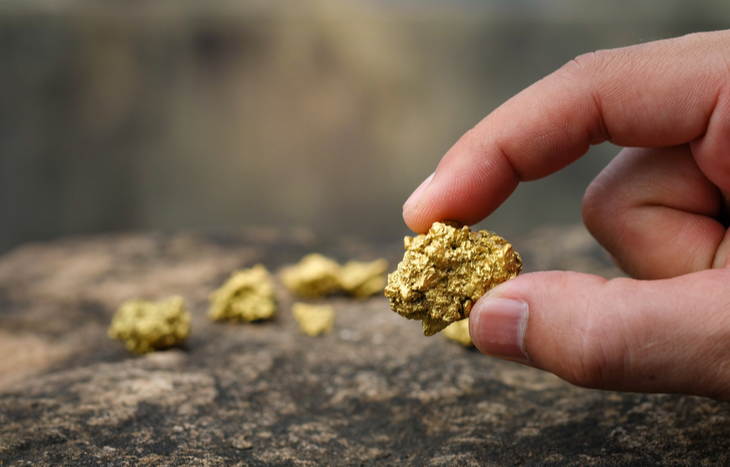 Today, the State Balance of Mineral Reserves of Ukraine takes into account gold reserves at six deposits: Muzhievskoe, Saulyak in the Transcarpathian region, Bobrikovskoe in the Luhansk region, Sergeevskoe, Balka Zolotaya in the Dnipropetrovsk region and Klintsovskoe in the Kirovograd region.

In addition, there are dozens of gold deposits and ore occurrences of varying degrees of exploration, with which the prospects for industrial development can be associated. Despite the fact that information about the amount of reserves is a state secret, experts estimate the gold potential of Ukraine at 3000 tons.

According to the US Geological Survey, 50 thousand tons of gold remain in the world. Consequently, about 6% of all world reserves of this precious metal are concentrated in Ukraine. These are serious reserves, but all this potential is still not involved in development. Why? Let's try to figure it out.

A gold rush that never happened

A large-scale geological study of the gold content of the territory of Ukraine began in Soviet times in the 80s of the last century. In a short time, it was established that Ukraine has a fairly powerful resource potential for gold mining. The main gold-bearing regions were identified: Ukrainian Shield, Donbass and Transcarpathia. Over the course of several years, such objects have been discovered and actively studied, which received the status of a deposit - Mayskoye in the Nikolaev region, Klintsovskoye and Yurievskoye near Kirovograd (now Kropyvnitsky), Sergeevskoye, Zolotaya Balka and Shirokaya Balka in the Dnepropetrovsk region, Surozhskoye in the Zaporozhye region. At these sites, the scale of gold mineralization and the quality of ores were preliminary assessed. The design of underground exploration has begun, and the construction of exploration mines has even begun at the Mayskoye and Balka Shirokaya fields.

Then there were the first years of independence and attempts, despite significant financial difficulties, to launch their own gold mining. In August 1995, the state joint stock company (SJSC) "Ukrzoloto" appeared, which was transferred for study and development of five deposits of the Ukrainian Shield: Mayskoye, Klintsovskoye, Sergeevskoye, Zolotaya Balka and Shirokaya Balka. Over the 14 months of its existence, the company, together with Canadian specialists, only managed to confirm the main parameters of promising deposits and the content of gold in ores and create a preliminary database on these deposits.

In 1996, the state program "Gold of Ukraine" was adopted, according to which the state until 2005 should receive about 600 kg of gold annually. However, these plans were never implemented. In March 1998, a new State Closed Joint Stock Company "Ukrainian Polymetals" was created, into which all the largest gold deposits were automatically transferred. The enterprise existed until 2011 and, unfortunately, with zero funding, none of the deposits was included in geological exploration.

In fairness, it should be noted that the state did not abandon its attempts to develop its gold mining industry. And already in 2012, on the basis of the state regional geological enterprise "Severrukrgeologiya", the state enterprise "Ukrainian Geological Company" was created. It was subordinate to the National Bank of Ukraine, which, already in 2014, planned to obtain ingots from the precious metal of its own production and subsequently to establish gold production at the level of several tons per year. However, the plans failed again.

The fact is that the vast majority of Ukrainian deposits, due to their mining and geological conditions of occurrence, can only be developed underground. All deposits within the Ukrainian Shield are covered with fertile chernozems and a rather thick (from 30 to 100 meters) sedimentary cover. Therefore, their development by underground method is a long and very expensive business, which does not bring quick dividends. The open pit mining system can only be applied to the objects of the Salt Ridge, which almost come to the surface of the earth. The Surozhskoye deposit can be partially mined from the surface. For deposits in Transcarpathia, an adit method of development is acceptable.

Another important feature is the insufficient knowledge of gold ore objects. Explored, that is, those that have been studied with completeness sufficient for drawing up projects for the construction of mining enterprises and facilities for the processing of mineral raw materials, can be considered the Muzhievskoye and Beregovskoye deposits, the Saulyak, Sergeevskoye and Bobrikovsky deposits, as well as Klintsovskoye. To date, special production permits have been granted for five fields: Muzhievskoye, Sergeevskoye, Saulyak, Bobrikovskoye and Klintsovskoye (Tsentralnaya and GUBOVSKE areas). At the same time, only the Muzhiyevskoe field in Transcarpathia is being developed. Other well-known gold ore objects of Ukraine are Zolotaya Balka, Shirokaya Balka, Yurievskoe, Maiskoe, Surozhskoe, although they are considered

Recommended:
Energomashspetsstal in April 2021 increased export volumes by 76%
South Korea has come up with a technology that allows you to extract hydrogen from ammonia without emissions
In Russia, there is an exuberant demand for agricultural machinery
On this topic
Is there vanadium in Ukraine?
What technologies help robots to become human?
Stopped nuclear power plants and mines. What's going on in the energy sector of Ukraine?
Who will freeze first, if Ukraine will stop the transit of Russian gas?
Heating season in Ukraine: where there can be problems with heat and why
Steel Musel is crucial in the production of champagne
Add a comment
Сomments (0)
News Analytics
Brazil is interested in the production capabilities of Yuzhmash21-04-2021, 14:35
Energoatom ordered a condenser from Turboatom worth 0.5 billion hryvnia for21-04-2021, 14:28
Ukrzaliznytsia reached an agreement with suppliers on the shipment of diesel21-04-2021, 14:25
Global hydrogen demand to grow 7-fold by 2070 - PwC21-04-2021, 12:31
Energy independence of Ukraine depends on decarbonization and "green" energy -21-04-2021, 12:42
Global hydrogen demand to grow 7-fold by 2070 - PwC21-04-2021, 12:31
World Steel Association predicts a good year for metallurgists15-04-2021, 18:19
World Steel Association defines green steel and its variations12-04-2021, 13:14
China unlikely to cut steel capacity in 2021 due to high steel prices07-04-2021, 12:11
Scrap metal market at the beginning of April02-04-2021, 11:10
Sign in with: