Ford and GlobalFoundries to partner on semiconductor supplies

Among the myriad problems, the continuing shortage of semiconductors is putting pressure on American car manufacturers. Ford has suffered more from chip shortages than many other automakers, and now wants to be on the safe side against similar situations in the future. 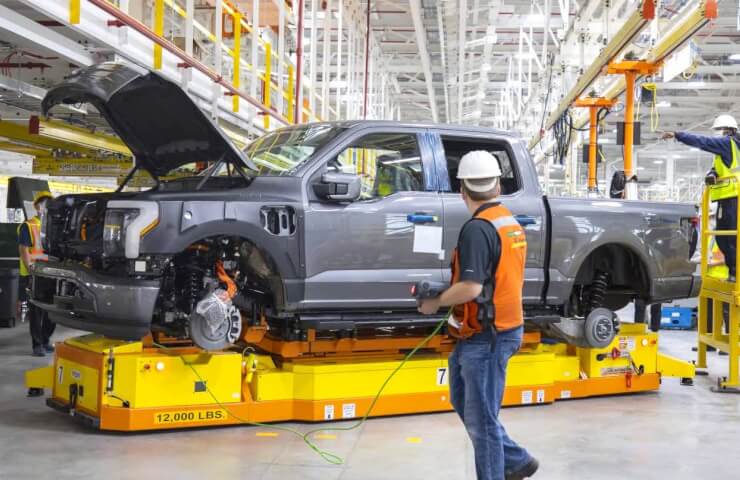 Despite strong demand, vehicle sales in the United States have faced major headwinds due to a shortage of parts coupled with low inventory at dealerships.

American automakers, including Ford Motor Co., have been forced to stop their conveyors several times. In July and August, the Detroit-based automaker suspended production at several factories due to chip shortages.

Late last week, Ford announced a "strategic partnership" with GlobalFoundries to "advance semiconductor manufacturing and technology development in the United States to increase chip supply for Ford and the US auto industry."

“It is imperative that we create new ways of working with suppliers to give Ford - and America - greater independence in delivering the technology and features that our customers will value most in the future,” said Ford President and CEO Jim Farley.

According to him, the agreement between the companies will include an increase in the supply of semiconductors to the automaker. In addition, the parties will work together on research and development to help meet the growing demand for semiconductors.

“Semiconductor shipments hit an all-time high in the third quarter of 2021, demonstrating both continued strong global demand for chips and the industry's exceptional efforts to scale up production to meet that demand,” said Semiconductor Industry Association President and CEO John Neuffer ... "Sales to America led the way, growing more than any other regional market, both monthly and yearly."