Ford has decided to cut 1,400 full-time employees in the United States

Last year, the automaker cut about 7,000 full-time employees, mainly in Europe, South America and other regions of the world. 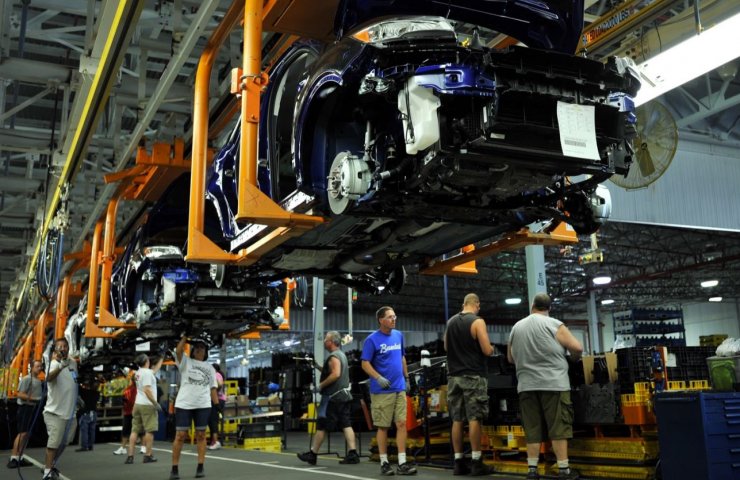 American automaker Ford Motor plans to cut approximately 5% of its US staff in a major business reorganization designed to make the company more competitive and profitable.

"This is a multi-year process of transforming Ford into a more efficient company," said Kumar Galhotra, President of the Ford American and International Markets Group, in an address to employees. "We hope to achieve our goals through a voluntary layoff program. abbreviations ".

Last year, the automaker cut about 7 thousand full-time employees, mainly in Europe, South America and other regions of the world. In the United States, the reduction then affected 800 people.

Ford, like other automakers, was forced to suspend production in the United States this spring due to restrictive measures introduced to contain the spread of the coronavirus, and was able to resume production in mid-May. In this regard, the company recorded an operating loss of $ 1.9 billion in the second quarter of this year.

Ford shares gained 1.2% in trading on Wednesday. Since the beginning of 2020, their value has dropped by almost 26%.

Recommended:
Fitch affirms Ukraine "B " rating
Interpipe NTRP has repaired ring furnaces in tube shops
Global auto industry lost over $ 250bn to pandemic - Dow Jones
On this topic
Global auto industry lost over $ 250bn to pandemic - Dow Jones
Yuzhmash told whether it is possible to launch reusable rockets from the Black Sea
Nissan will cut 20 thousand jobs worldwide
South Korea's Hyundai Motor resumed production after a partial lifting of the quarantine in China
Los Angeles Times: a Perfect storm in the American market of steel
Ford Motor's net profit fell by half amid sharp drop in sales
Add a comment
Сomments (0)
News Analytics
Indian state steel company to sell non-core assets19-09-2020, 18:50
Largest US steel company to lose $ 100 million in Q319-09-2020, 18:50
UN experts believe that the worst-case scenario for the Ukrainian economy can19-09-2020, 18:47
KZhRK miners' strike threatens with loss of sales markets without prospects of16-09-2020, 21:51
Privatization of the alcohol industry has started in Ukraine16-09-2020, 14:56
Iron ore prices to surpass six-year high soon16-09-2020, 10:32
World Oil Demand Peak May Be Over - BP15-09-2020, 09:05
China expands car market capacity by increasing demand for steel and metals11-09-2020, 10:56
Prices continue to rise in the long and flat steel markets08-09-2020, 14:25
Difference between ferrous and non-ferrous metal28-08-2020, 13:45
Sign in with: