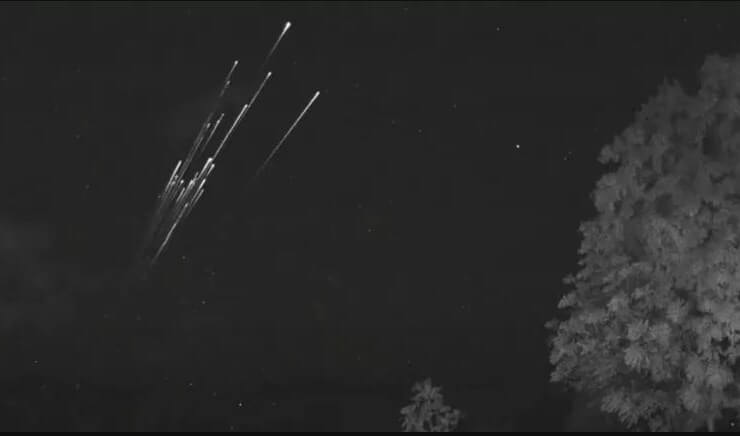 SpaceX launched 49 satellites into low Earth orbit on Feb. 3 to further strengthen the company's massive and growing Internet megagroup, Starlink. But most of these newly launched spacecraft will never transmit broadband signals downstream due to a powerful solar eruption.

Charged particles from this solar explosion triggered a geomagnetic storm on Feb. 4, substantially increasing the density of the Earth's atmosphere and thus the drag experienced by the new low-flying Starlink batch, SpaceX said on Tuesday (Feb. 8). As a result, up to 40 out of 49 satellites are expected to return to Earth in the coming days.

Some have already expired, including a failed satellite that burned up in the sky over Puerto Rico early Monday (February 7). The fiery death of this spacecraft was captured on video camera of the non-profit organization Sociedad de Astronomia del Caribe, based in Puerto Rico.

Most likely, after this failed launch, there will be many more fireworks, and you may even be able to see some of them," says Marco Langbroek, a satellite tracking specialist from the Netherlands. In any case, it's pretty clear that the returning objects were part of the February 3 launch of Starlink, he stressed.

Forty (40) satellites re-entering the atmosphere in just a week or so is unique," wrote Langbroek. “Therefore, in the coming week, the chances of seeing the return of the satellite are higher than usual for any person between 53 (degrees north latitude)] and 53 degrees south latitude. So watch the sky!”