According to Elon Musk, the giant SpaceX rocket will enter orbit in 2022 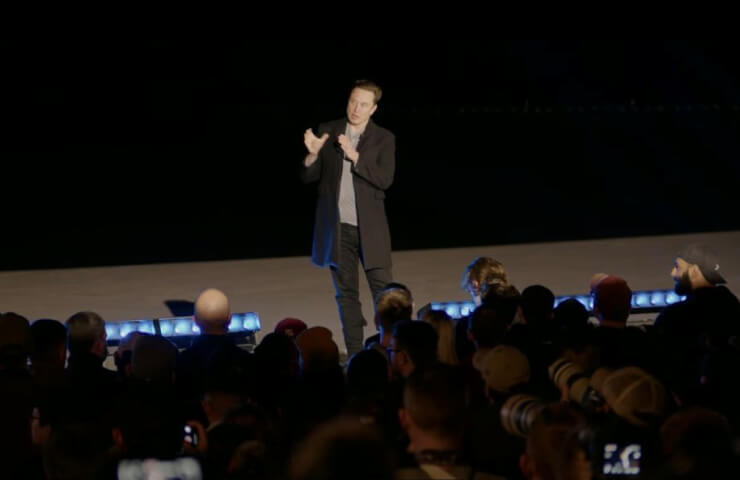 The company is developing a giant rocket known as the Starship to enable the colonization of Mars and many other ambitious explorations. According to SpaceX founder and CEO Elon Musk, Starship prototypes have made only a few tests from low altitude above the Earth's surface to date, but in the relatively near future, the vehicle should start working on its orbital wings.

Starship is ready to take the big leap. “At this point, I feel completely confident that we will go into orbit this year,” Musk said Thursday evening (February 10) during a live stream of the Starship update from Starbase, a SpaceX facility in South Texas, near the village of Boca Chica. on the coast of the Gulf of Mexico.

SpaceX is developing Starship to take people and cargo to the Moon, Mars and other places in deep space. The system consists of two elements: a huge first stage booster known as Super Heavy and an upper stage spacecraft called Starship.

A fully assembled Starship reaches a height of approximately 119 meters. That's taller than any other rocket ever built (the previous record holder, NASA's Saturn V lunar rocket, was 111m high). According to Musk, Starship will have more than twice the thrust of the legendary Saturn V.

Both Super Heavy and Starship are designed to be fully and rapidly reusable, a breakthrough in cost savings that Musk and SpaceX believe will revolutionize space flight and exploration. If all goes well, for example, each starship could be launched from the surface of the Earth every six to eight hours, and each superheavy could do it about every hour on missions that carry up to 150 tons of payload to Earth. orbit, Musk said.

Such an incredibly high flight frequency would significantly reduce the cost per mission.

If Starship even comes close to these cost and RPM numbers, Mars colonization — a longtime goal of Musk and SpaceX — will become a real possibility. The billionaire entrepreneur has calculated that humanity would need to transport about 1 million tons of material to the Red Planet in order to establish a self-sufficient city there.

“Starship is capable of this,” Musk said. “And I think we should try to do it as soon as possible. The window of opportunity may be open for a long time—and I hope it is—but it can also be open for a short time.”

Super Heavy and Starship powered by the new SpaceX Raptor engine. SpaceX designed the Raptor with Mars in mind; Musk said the engine burns liquid oxygen and liquid methane, a fuel that could be made on the Red Planet.

But Starship will go to the Moon before it reaches Mars, if all goes according to plan. In 2018, SpaceX announced that Japanese billionaire Yusaku Maezawa had booked a Starship flight around the moon, which could begin as early as next year. (This will not be Maezawa's first spaceflight: in December 2021, he lived on the International Space Station for almost 12 days.)

And in April 2021, NASA selected Starship as the first crewed lander for its Artemis lunar exploration program. SpaceX will take NASA astronauts to the Moon as part of the Artemis 3 mission, scheduled to launch in or around 2025.

Thursday's presentation was the first detailed update on Musk's Starship in over two years; the last time he made such a report was in September 2019. So he shared some new details.

For example, Musk said that in the future Super Heavy will have a Raptor 33, which is more than the previous value, which was 29. The latest Starship will also likely receive a power boost, Musk added.

Starship will make the program's first orbital test flight, a duo known as Booster 4 and Ship 20. SpaceX aims to get the ship ready for flight around the time the FAA completes Starbase's environmental assessment, which is expected to end months.

The first few orbital flights of Starship may not go quite according to plan. Expect crashes here and there in the early test program, Musk said. .

“We will probably lose a few vehicles along the way. With the Falcon 9, it took us 14 or 15 attempts to successfully land the first launch vehicle,” he said, referring to the SpaceX workhorse Falcon 9, which has completed nearly 100 landings to date.

Финансовая аналитика, прогнозы цен на сталь, железную руду, уголь и другие сырьевые товары. More news and analytics on Metallurgprom telegram channel - subscribe to get up-to-date market information and price forecasts faster than others.
Сomments
Add a comment
Сomments (0)
On this topic
2021 will be the year of rapid development of private astronautics
Today Elon Musk will launch an interplanetary stainless steel rocket into the stratosphere
Elon Musk announced the recruitment of several thousand engineers for the "Starbase" in
Elon Musk completes construction of the first stainless steel rocket (Video)
The prototype of the interplanetary "starship" Starship successfully took off and landed
Rocket stainless steel, built by Elon Musk, exploded during refueling (Video)
Recommended:
The United States imposed a ban on the import and sale of equipment from Huawei, ZTE and a number of other Chinese companies
Volvo starts deliveries of electric trucks made of fossil-free steel
UK extends ban on Russian gold imports
News Analytics
China's iron ore output to rise in 2023 as new projects are launched30-11-2022, 18:10
"Centravis" agreed to supply a new batch of seamless pipes to a30-11-2022, 16:51
Metinvest enterprises in Ukraine resumed work after massive shelling of29-11-2022, 11:59
The European Council added the violation of restrictive measures (sanctions) to28-11-2022, 14:22
The abolition of export duty in India may reduce the price of Turkish steel28-11-2022, 14:07
Commodity prices will fall, metals quotes will rise slightly - Focus Economics28-11-2022, 13:28
Platinum market to face shortage next year - WPIC22-11-2022, 18:25
Global steel demand falls and will fall by 2.3% in 2022: WorldSteel19-10-2022, 23:12
Iron ore prices fall to 11-month low15-10-2022, 10:36
China production cuts in winter will give limited boost to steel markets -15-09-2022, 10:09
Sign in with: