The rebar that Nucor will produce at the new plant is mainly used to reinforce concrete in the construction of roads, buildings, bridges and other structures. 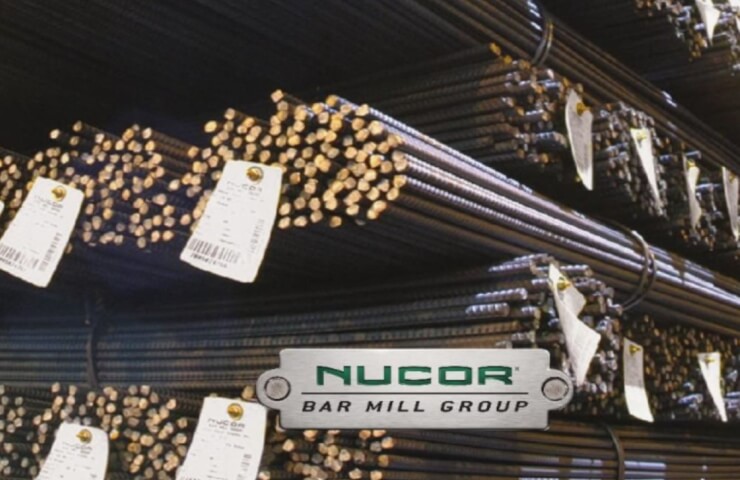 Nucor will build its new rebar mini-mill in Lexington, North Carolina, with an annual capacity of 430,000 tons, as the company anticipates increased demand in the region due to U.S. federal infrastructure spending.

“The corridor between Washington DC and Atlanta is one of the fastest growing regions in our country, and new federal spending on infrastructure will further increase demand for valves in the region,” said Leon Topalian, CEO of Nucor.

The company first announced plans to build a third US rebar plant in December 2021 following the unveiling of a $1.2 trillion infrastructure bill. federally funded projects and mark the largest U.S. infrastructure investment since the Federal Highway Act of 1956.

The American Institute of Steel has calculated that every $100 billion in new infrastructure investment could increase demand for domestic steel by as much as 5 million cents.

The rebar that Nucor will produce at the new plant is mainly used to reinforce concrete in the construction of roads, buildings, bridges and other structures.

According to Topalian, the new facility, which is expected to cost about $350 million, will produce steel with almost 100 percent recycled content. According to the company, Nucor steel bars are 97% recycled.

Финансовая аналитика, прогнозы цен на сталь, железную руду, уголь и другие сырьевые товары. More news and analytics on Metallurgprom telegram channel - subscribe to get up-to-date market information and price forecasts faster than others.
Сomments
Add a comment
Сomments (0)
On this topic
The largest steel producer in the United States will continue to pay dividends
Los Angeles Times: a Perfect storm in the American market of steel
Intel to build two new chip factories in Ohio by 2025
The American market became impossible to predict due to political uncertainty
USA: Winners and Losers in Trump's Trade War with China
American business warned the Senate of the United States from the introduction of the
Recommended:
The US will prioritize budgetary purchases of steel and metal products with a low carbon footprint
Tata Steel merger plan to secure long-term profits
China production cuts in winter will give limited boost to steel markets - Platts
News Analytics
British Steel owner asks government for financial support05-10-2022, 13:05
The price of gold crossed the mark of 1700 dollars05-10-2022, 13:28
US coal prices top $20004-10-2022, 10:16
Tata Steel merger plan to secure long-term profits03-10-2022, 10:46
US hydrogen prices to drop to zero dollars per kg in 5 to 6 years: Platts02-10-2022, 21:53
China production cuts in winter will give limited boost to steel markets -15-09-2022, 10:09
Steel prices may rise as manufacturers stop production11-09-2022, 14:06
IREPAS: The global long products market is in a "dramatic situation"10-09-2022, 20:49
Steel prices are unlikely to rise significantly in the near future - analysts02-09-2022, 22:58
Steel prices may move up on new data from China31-08-2022, 12:19
Sign in with: