The American company announced that it intends to enter the market of software for agricultural machinery to make its work more efficient. 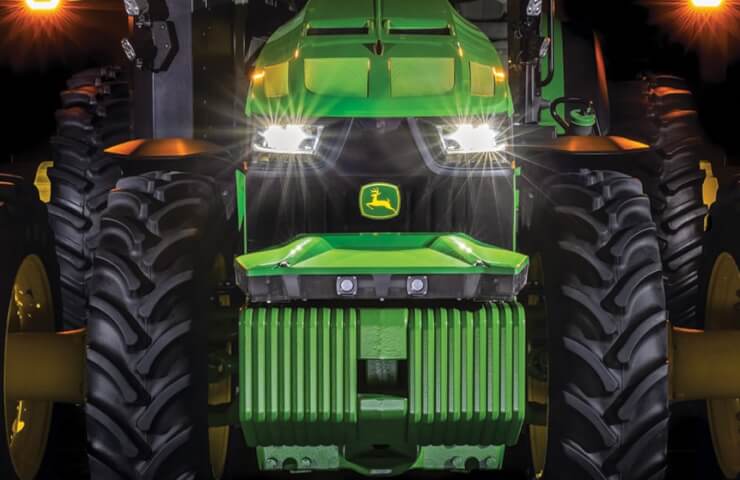 American Deere & Co., the world's largest manufacturer of agricultural machinery and equipment, is investing several billion dollars in the development of self-driving tractors that can independently carry out arable work, as well as sprayers used to control weeds.

The company announced that it intends to enter the agricultural software market to make its work more efficient. This will speed up the work of farmers and may be more productive than human labor, according to Deere.

Deere CEO John May predicts that by the end of this decade, commissions from the use of software developed by the company will be 10% of Deere's annual revenue.

Some startups have yet to make a breakthrough in the agricultural market, and large companies have not yet profited from investments in technology, writes The Wall Street Journal, citing analysts.

The use of subscription software that Deere plans to offer and that is common in other areas has not yet reached the agricultural industry.

Deere posted a weaker-than-market net profit increase in the third financial quarter, after which it worsened its full-year forecast.

Финансовая аналитика, прогнозы цен на сталь, железную руду, уголь и другие сырьевые товары. More news and analytics on Metallurgprom telegram channel - subscribe to get up-to-date market information and price forecasts faster than others.
Сomments
Add a comment
Сomments (0)
On this topic
USA: Winners and Losers in Trump's Trade War with China
The United States took a step towards mass production of self-driving cars
Tesla expects 50% growth despite supply chain issues
Max Polyakov's Firefly Aerospace plans two launches of the Alpha space rocket in 2021
Mother Elon musk helped his son to sell the Tesla in the new year's eve
Global steel market for cars: forecast up to 2026
Recommended:
EU new car market continues to recover in double digits
China to halve ferroalloy production due to weak demand
Dneprovsky Metallurgical Plant received almost UAH 2 billion in net profit last year
News Analytics
Metinvest enterprises in Ukraine resumed work after massive shelling of29-11-2022, 11:59
The European Council added the violation of restrictive measures (sanctions) to28-11-2022, 14:22
The abolition of export duty in India may reduce the price of Turkish steel28-11-2022, 14:07
Australia and the UK aim to catch up and overtake China in the battery metal26-11-2022, 22:37
The United States imposed a ban on the import and sale of equipment from26-11-2022, 22:31
Commodity prices will fall, metals quotes will rise slightly - Focus Economics28-11-2022, 13:28
Platinum market to face shortage next year - WPIC22-11-2022, 18:25
Global steel demand falls and will fall by 2.3% in 2022: WorldSteel19-10-2022, 23:12
Iron ore prices fall to 11-month low15-10-2022, 10:36
China production cuts in winter will give limited boost to steel markets -15-09-2022, 10:09
Sign in with: