Investigation results: The crash of the Boeing 737 Max Lion Air was caused by a combination of 9 factors 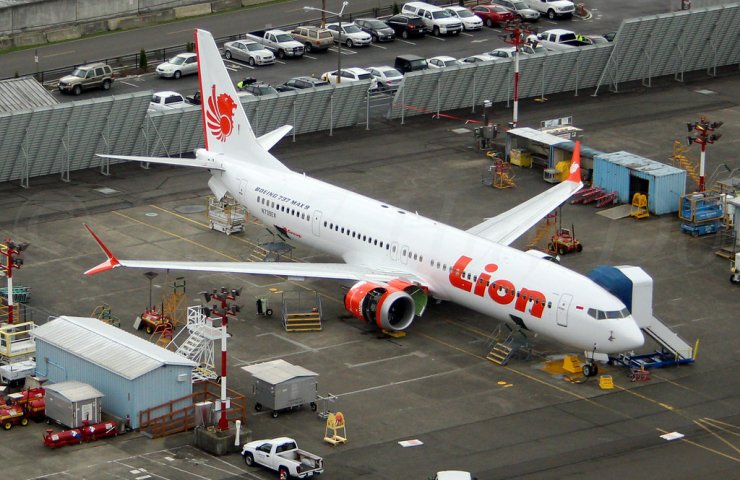 The crash of the Lion Air Boeing 737 Max last October, which killed 189 people, led to a series of accidents, according to an official report from Indonesia's National Transport Safety Committee (KNKT).

Indonesian investigators published the final findings of the crash investigation, in which they identified aircraft malfunctions and insufficient qualifications of the pilots that led to the plane crash.

In addition, investigators discovered that 31 pages were missing from the aircraft's maintenance log.

A 353-page report released Friday suggests that a critical sensor that was purchased from a Florida repair shop was not properly tested.

But this was only one link in a complex chain of events that led to the disaster.

"From what we know, there are nine factors that, together, contributed to this accident," Indonesian accident investigator Nurkaho Utomo told reporters at a press conference. “If we took away any of these nine factors, the accident might not have happened at all.”

Indonesian investigators have discovered problems with the aircraft's maneuverability augmentation system - or MCAS - software designed to prevent abnormal situations in the air.

In addition, the report indicated that the first officer was insufficiently qualified.

They highlighted problems with the aircraft's new flight control system.

This report describes a catalog of failures - from design errors to inadequate flight skills - that resulted in 189 deaths.

If the crew of the previous flight day had given a more detailed description of the problems they faced, the plane might never have embarked on its fateful flight. And if the captain, who successfully kept the plane in the air - despite the intervention of a rogue automatic system - did not transfer control to a less qualified first officer, the disaster could still have been avoided.

As Boeing CEO Dennis Muilenburg has repeatedly stated, a chain of events has taken place. But at the center of that chain was MCAS, a control system that the pilots did not know about and that was vulnerable to a single sensor failure.

Boeing said it expects the 737 Max to resume flights before the end of the year.

In a statement responding to the report, Boeing said it is "considering" the recommendations of Indonesia's National Transportation Safety Committee.

The airline said it is “taking action to improve the safety of the 737 Max to prevent a repeat of the flight control conditions that occurred in this accident.”

In the report, the Indonesian authorities outlined some recommendations for Boeing, including that MCAS needs to be redesigned and the need for adjustments in pilot manuals and training courses.

Boeing said this week that it has developed an updated version of the training and expects regulators to allow aircraft to return to the skies by early 2020.

After two plane crashes in less than five months, the US Civil Aviation Administration and regulators around the world have banned this model from flying.

Since then, Boeing has been trying to get a license from regulators, but each time the aircraft's return to the sky has been postponed, and airlines have to cancel thousands of flights and reshape flight schedules again and again.

Experts estimate that the 737 MAX has not yet resumed its downtime costs at $ 9 billion.

In early October, Boeing fired Dennis Muilenburg as chairman of the board earlier this month, but retained his position as CEO.

Boeing fired Kevin McAllister, CEO of Boeing Commercial Airplanes on Tuesday this week, making him the highest-ranking official to leave the company after two accidents.