This suborbital flight is intended to test a range of Raptor engine performance and the overall aerodynamic capabilities of the stainless steel rocket. 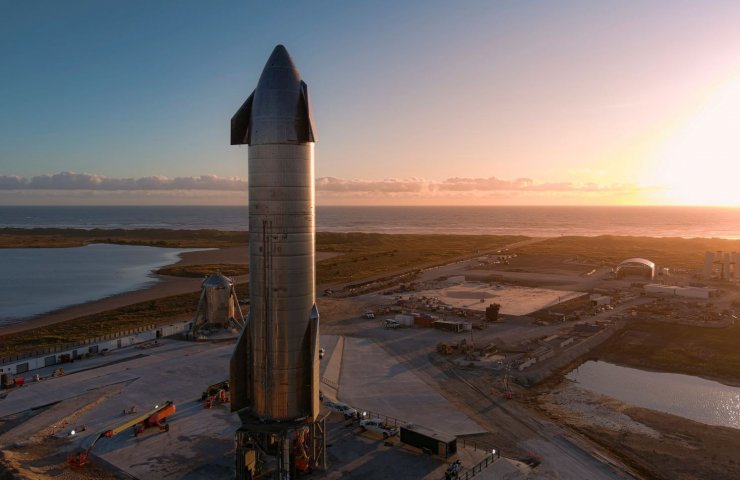 SpaceX Elon Musk plans to launch a prototype of its Starship rocket to Mars on Tuesday in a high-altitude hop test from a work site in Texas.

Musk has tried to lower expectations for the first Starship suborbital flight using three new Raptor rocket engines, predicting a 30% chance of success at over 40,000 feet (12 kilometers). This will be much higher than the first two tests of the car at 500 feet.

“The success of a test like this is not measured by performing specific tasks, but rather by how much we can learn,” SpaceX said on its website on Monday.

SpaceX originally planned to launch Starship at 50,000 feet (15 kilometers), but last week changed the target to 41,000 feet in the FAA launch application.

Starship, a 394-foot (120.09 meters) rocket system combined with a super-heavy first-stage booster, is designed to transport people and about 100 tons of cargo to the Moon and Mars. This is the space company's planned fully reusable next-generation launch vehicle and is at the heart of Musk's ambitions to make human space travel accessible.

The first prototypes of Starship were made of alloy stainless steel AISI 301. This steel includes chromium and nickel in addition to iron and carbon, it is resistant to corrosion and is cheaper than other materials such as carbon fiber. SpaceX then made adjustments to the chemistry and rolling technology, leaving the basic properties of stainless steel as they were. Interestingly, the new cybertrack from the Tesla car company will be made of the same stainless steel body as on the Starship.

SpaceX this year conducted two jump tests using rudimentary prototype single-engine rockets at its launch pad in Boca Chica, Texas. These prototypes rose to about 500 feet and landed on a concrete slab in about a minute.

The flight, scheduled for Tuesday, is a major accomplishment for Starship, as it tests the aerodynamic design of a rocket at altitudes higher than commercial airliners typically fly. These altitudes will allow you to test how the Starship returns to its landing pad, performing a mid-air landing flip before landing.

SpaceX offers to watch the launch of an interplanetary rocket prototype live.