SN15 is the first prototype that did not ultimately explode during or after landing. At the same time, after the rocket landed, a small fire broke out at its base, but within a few minutes the flame went out. 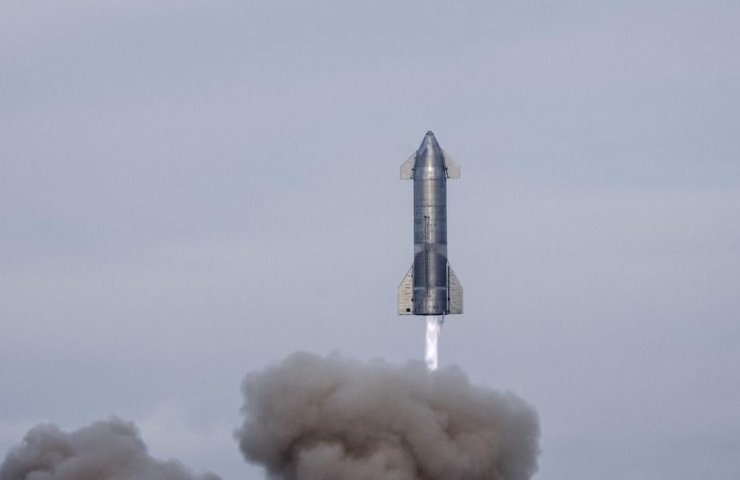 SpaceX SN15's prototype manned spacecraft Starship has successfully landed after testing. This was the fifth attempt to land a prototype ship. Four previous landings ended in a spaceship explosion.

SN15 was launched from the Boca Chica test site in southeastern Texas. The ship reached an altitude of 10 km and descended to the site. Thus, SpaceX is much closer to its vision of reusable spacecraft that will fly to the ISS, the Moon, around the Earth and beyond.

The Starship prototypes being tested are about 50 meters tall, roughly the height of a 15-story building, and each is propelled by three Raptor rocket engines. The SN15 differs from previous versions of the rocket, according to SpaceX's website, in "improved design, avionics and software." According to the available data, in addition to software changes, the engineers changed the fuel line routing and used Raptor engines with a new design and configuration.

In a manned version, Starship will be able to take on board up to 100 people. SpaceX founder Elon Musk expects the spacecraft to be able to land humans on Mars in 2026.

Финансовая аналитика, прогнозы цен на сталь, железную руду, уголь и другие сырьевые товары. More news and analytics on Metallurgprom telegram channel - subscribe to get up-to-date market information and price forecasts faster than others.
Сomments
Add a comment
Сomments (0)
On this topic
2021 will be the year of rapid development of private astronautics
Mars spaceship prototype explodes again on attempted landing
Elon Musk has decided to change the grade of steel for plating spaceship Starship
Today Elon Musk will launch an interplanetary stainless steel rocket into the stratosphere
Rocket stainless steel, built by Elon Musk, exploded during refueling (Video)
Flight tests of the interplanetary spacecraft Elon Musk were postponed due to engine failure
Recommended:
The United States imposed a ban on the import and sale of equipment from Huawei, ZTE and a number of other Chinese companies
Mining enterprises of Ukraine reduced the export of iron ore by 38.9%
Russia will allocate more than $700 million for the production of domestic aircraft engines
News Analytics
China's iron ore output to rise in 2023 as new projects are launched30-11-2022, 18:10
"Centravis" agreed to supply a new batch of seamless pipes to a30-11-2022, 16:51
Metinvest enterprises in Ukraine resumed work after massive shelling of29-11-2022, 11:59
The European Council added the violation of restrictive measures (sanctions) to28-11-2022, 14:22
The abolition of export duty in India may reduce the price of Turkish steel28-11-2022, 14:07
Commodity prices will fall, metals quotes will rise slightly - Focus Economics28-11-2022, 13:28
Platinum market to face shortage next year - WPIC22-11-2022, 18:25
Global steel demand falls and will fall by 2.3% in 2022: WorldSteel19-10-2022, 23:12
Iron ore prices fall to 11-month low15-10-2022, 10:36
China production cuts in winter will give limited boost to steel markets -15-09-2022, 10:09
Sign in with: