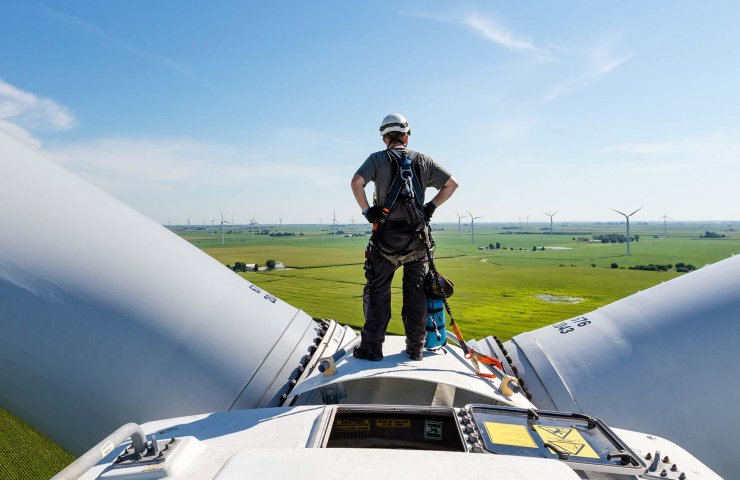 CDPQ's $ 1 billion investment is the largest since its partnership with the company in 2013, said CDPQ's executive vice president and head of infrastructure, Emmanuelle Jaclot.

“CDPQ is delighted to invest its constructive capital in support of Invenergy and its teams, which are enthusiastic about developing new renewable energy projects and thus contributing to climate change,” said the head of the pension fund.

CDPQ's net assets as of June 30, 2020 were C $ 333.0 billion. The Canadian Pension Fund is one of the largest institutional fund managers in the country, investing in major financial markets as well as private placements, infrastructure and real estate.

Invenergy Renewables is an international leader in the development of wind power, solar power and energy storage projects. The company is engaged in the development, construction, operation and maintenance of projects in the field of renewable energy sources.

Recommended:
Ukrzaliznytsia will share its experience with Italian railway workers
ArcelorMittal Kryvyi Rih insists on a transparent mechanism for resolving tax disputes out of court
Ukrzaliznytsia plans to update almost 400 km of tracks in 2021
On this topic
Metinvest extended maturity of bonds
The United States will increase the capacity of their solar power plants by 33% in 2020
Forbes has made a rating of the most expensive teams of "Formula-1"
Vadim Novinsky is buying oil-producing assets in the Odessa region
The company Elon musk announced a new "solar roof" of tempered glass
Climate change will destroy every fourth bridge in the US
Add a comment
Сomments (0)
News Analytics
Ministry of Commerce: China intends to strengthen trade and economic ties with24-02-2021, 18:49
Vostochny GOK in 2020 increased the production of uranium concentrate by 7%24-02-2021, 18:58
For the first time in Ukraine, recirculators and irradiators for air24-02-2021, 18:37
Novokramatorsk Machine-Building Plant keeps sales and production at the level24-02-2021, 17:53
The English court rejected the claims of the Russian "Tatneft" against24-02-2021, 17:42
Global iron ore production growth to outstrip cumulative production in India23-02-2021, 10:22
Fitch Ratings Warns of “Shocking Impact” on Fossil Fuel Exporters18-02-2021, 14:44
Raw material prices rise by about 10.5% in January 2021 - Deutsche Industriebank12-02-2021, 10:48
JP Morgan Analysts Announce New Super Growth Cycle in Commodities11-02-2021, 17:56
S&P Global Platts predicts first drop in domestic steel demand in China in 510-02-2021, 12:26
Sign in with: