Tesla is the most expensive vehicle manufacturer in terms of capitalization, although it lags behind many companies with a longer history in terms of production. Once Tesla shares are included in the S&P 500, they will occupy more than one percent of its total capitalization, which is also a record. 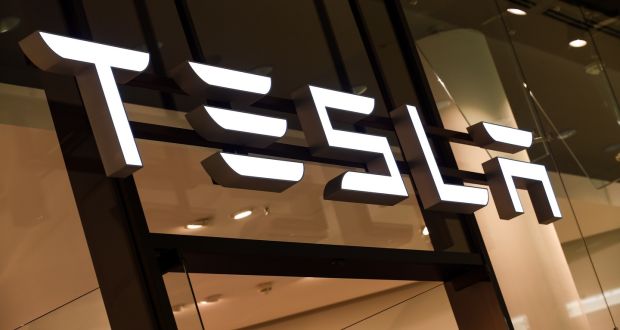 American auto maker Tesla, led by billionaire Elon Musk, is set to become the most expensive Wall Street ever to qualify for a major Wall Street benchmark this Monday, accounting for more than 1% of the S&P 500.

Since mid-November, when it became known about the intentions of the administration of the S&P 500 index to include Tesla shares, they have risen in price by 70%. Tesla now remains the largest vehicle manufacturer in terms of capitalization, although it lags behind many companies with a longer history in terms of production. Tesla shares rose another 6% on Friday to a record $ 695 per share.

"The volume is crazy," said Randy Frederick, vice president of trading and derivatives at Charles Schwab in Austin, Texas, about Friday's action.

The inclusion of Tesla could be a double-edged sword for index trackers, who are buying its volatile stock after a massive takeoff this year.

The rally in Californian Tesla shares has resulted in its market value of about $ 660 billion, making it the sixth most valuable public company in the United States, and many investors see it as grossly overvalued. Elon Musk himself has already warned investors about the overvaluation of shares three times. The Nasdaq administration, just in case, is preparing to lift the restriction on the continuation of trading if the company's stock price changes by more than 10% during one trading session. Under normal circumstances, trading would have to be stopped, but an exception is planned for Tesla shares, as demand from index funds will push the price up.

Tesla is by far the best-selling share on Wall Street, with its $ 18 billion worth of shares traded on average every session over the past 12 months, easily outperforming Apple, which is ranked second with 14 average daily trading volume. billion dollars, according to Refinitiv.

Roughly a fifth of Tesla shares are owned by Musk, the CEO and other insiders. Since the S&P 500 is weighted by the number of stocks actually available on the stock market, Tesla's impact on the test will be slightly diminished relative to its total value.

Recommended:
Hot rolled sheet prices in the US topped $ 1,000 per ton for the first time in history
China successfully launched prototype reusable space launch vehicle
Japan may declare state of emergency due to explosive growth of coronavirus infections
On this topic
Elon Musk contracted coronavirus, but doubts the reliability of the tests
Tesla increases price of cars with automatic control
Elon Musk asks that arrested him only after the resumption of production in California
Elon Musk sells all his possessions in order to "devote himself to Mars"
January 1, Chicagoans lined up many kilometers of queue for legalized marijuana
The steel industry, the United States recognized itself the most energy efficient in the world
Add a comment
Сomments (0)
News Analytics
Lenovo remains the global leader in personal computer shipments in 202017-01-2021, 08:19
Ukrzaliznytsia held successful auctions for the sale of scrap metal with an16-01-2021, 17:35
Gosgeonedra of Ukraine is moving to the world geodetic coordinate system WGS-8416-01-2021, 13:38
The only uranium mining enterprise in Ukraine reduced uranium production by 7.1%16-01-2021, 13:52
China's New Energy Vehicle Sales to Grow 54% in 202116-01-2021, 12:32
China will overtake the United States to become the world's largest economy in27-12-2020, 12:04
The shortage in the US steel market will last at least until the end of the25-12-2020, 11:36
Steel production in China to surpass one billion tons this year23-12-2020, 10:59
Iron ore prices hit seven-year high and continue to rise15-12-2020, 10:26
Prices for metallurgical raw materials continue to rise in regional markets10-12-2020, 11:32
Sign in with: