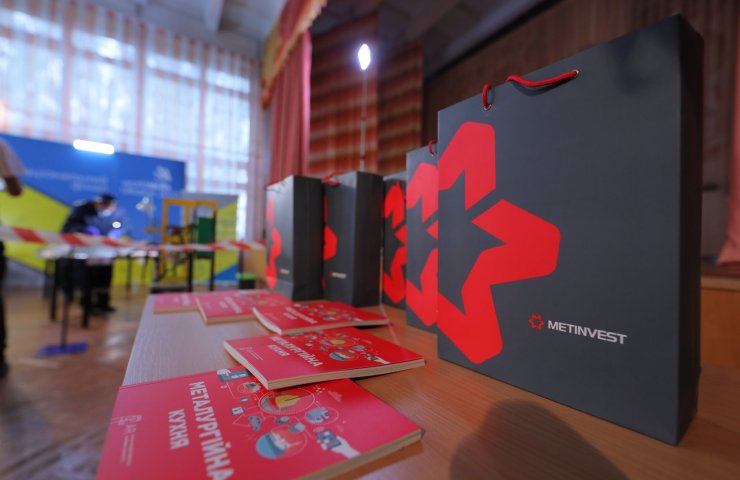 The international financial community has shown significant interest in these transactions. The demand for the new issue was almost five times the amount of the issue, while the total final amount of applications exceeded 1.6 billion US dollars, which significantly reduced the price of the new issue in the process of accepting applications from investors and achieved the final yield of 7.95%. At the same time, 90.3% of bondholders of 2021 and 46.7% of bondholders of 2023 submitted applications for participation in the tender before the end of the early filing deadline.

“I would like to thank the global investor community - those of you who have been cooperating with the Group for ten years since the placement of their debut Eurobonds in 2010, as well as those who are just getting to know Metinvest - for such significant support. This is clear evidence of investment attractiveness, reliability and trust in the Group. ”

“We proactively manage the Group's debt obligations and work systematically to balance the repayment schedule. Our goal is to provide Metinvest with a more stable and long-term capital structure with the lowest refinancing risk. Given the increased volatility in international capital markets since the start of the pandemic, we are pleased with the deal structure we have chosen this time around. It allowed us to achieve the best possible result for the Group. It is important to note that any such transaction requires a team effort, and I would like to thank all the participants for their personal contribution to making this possible. "

On September 15, 2020, Metinvest announced its intention to issue new Eurobonds and announced a tender offer to buy back 2021 bonds and 2023 bonds for cash. Bids were capped at $ 320 million, which covered all amounts payable in connection with the tender offer and redemption (excluding accrued interest), provided that the principal outstanding on the 2023 bonds remains above $ 300 million thereafter. transactions. At the same time, Metinvest also began the process of obtaining the consent of the 2021 bondholders to include the issuer's buy option.

After an intensive two-day marketing campaign, on September 17, 2020, Metinvest successfully set the placement price for the seven-year US $ 333 million Eurobond with a yield of 7.95% and a fixed coupon rate of 7.65% per annum. The issue price was 98.429% of the face value. The majority of investors in Eurobonds are investors from the UK (64%), USA (19%) and continental Europe (14%). The distribution of investors by type was as follows: management funds - 90%, banks - 4%, insurance companies and pension funds - 3%, as well as hedge funds and others - 3%. Credit rating agencies Fitch and S&P have assigned a 'BB-' and 'B' rating to the new issue, respectively.

September 28, 2020 at the end of the early tender and obtaining the consent of the 2021 bondholders:

Финансовая аналитика, прогнозы цен на сталь, железную руду, уголь и другие сырьевые товары. More news and analytics on Metallurgprom telegram channel - subscribe to get up-to-date market information and price forecasts faster than others.
Сomments
Add a comment
Сomments (0)
On this topic
"Metinvest " will redeem all 2021 Eurobonds for $ 115.3 million and 2023 Eurobonds for $
"Metinvest " with affiliated companies became the owner of 100% of "Zaporozhogneupor
French Total took control of 6 Ukrainian solar power plants
Metinvest attracts new euro funding by completing Eurobond issue
The Ukraine-EU summit may be postponed again - the head of the European Commission went into
The steel industry, the United States recognized itself the most energy efficient in the world
Recommended:
UK Steel urges government to provide political conditions for decarbonization
Steel production in China declines in July, but this does not affect the large supply surplus
Ferrexpo's net profit in the first half of the year decreased by 88%
News Analytics
Индия готовится к отмене экспортных пошлин на сталь09-08-2022, 08:34
Russian metallurgists will need more than 10 years to replace imports of key09-08-2022, 07:23
China reduced steel exports in July by one million tons or 12%08-08-2022, 17:41
World steel prices have moved from a protracted fall to growth08-08-2022, 16:27
Ferrexpo's net profit in the first half of the year decreased by 88%03-08-2022, 10:20
The US market may begin a collapse in prices for thick sheet14-07-2022, 09:39
High iron ore shortage could halt metallurgy's green transition28-06-2022, 14:02
Price volatility hits global steel market27-06-2022, 19:28
Recovery in China could be key to rising global steel prices - MEPS24-06-2022, 14:00
Conflict in Ukraine spurs Europe's drive for clean energy03-06-2022, 12:14
Sign in with: