Passengers Boeing 787 can suffocate in flight, and the 737-th model can fall off the wing

Passengers can choke for 20 seconds, if the cabin happens to sudden decompression: tests have shown that in 25% of cases dropped out in the mask, not oxygen. 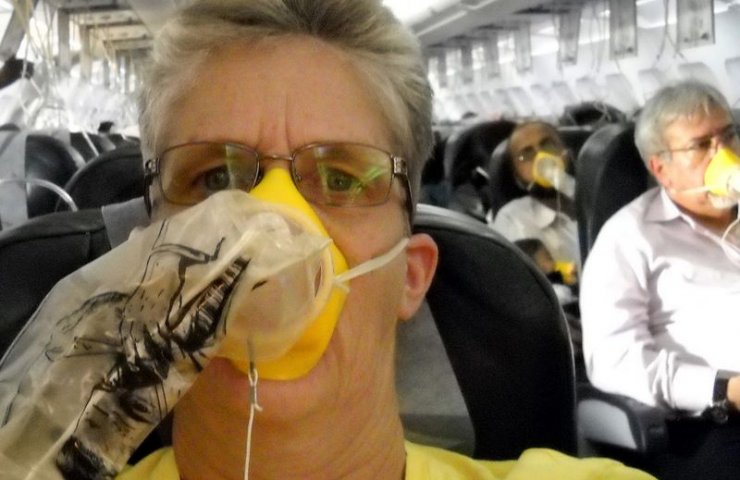 John Barnett, who worked until recently Manager of quality control at Boeing, said in an interview BBC, passengers on the 787 Dreamliner can stay without oxygen, if the cabin happens to sudden decompression.

Barnett claims that tests show that up to a quarter of the oxygen systems can be faulty and may not work when needed. He also said that the faulty parts were intentionally installed on the aircraft on the production line at a factory of Boeing.

In aviakontserna deny the charges and say that all of his aircraft are built to the highest standard of safety and quality.

Barnett, a former engineer for quality control, has worked at Boeing for 32 years until his retirement for health reasons in March 2017. Since 2010 he has worked as quality Manager at Boeing in North Charleston, South Carolina.

Boeing admits that in 2017, "disclosed a few oxygen cylinders received from the vendor that were not properly deployed. We removed the tanks from production to the aircraft had defective cylinders, and we have discussed this issue with our supplier".

Barnett is not the only Boeing employee, who expressed concern about the production processes aviakontserna. For example, earlier this year revealed that after the crash of Ethiopian Airlines 737 Max in March, four current or former employees tried to tell the hotline about potential problems, but was not heard.

Wednesday, 6 November, the Irish Ryanair Holdings Plc, Europe's largest airline discounter, has suspended flights for at least three Boeing-737 due to the discovery of cracks in their parts. As The Guardian reports, cracks were discovered between the wing and the fuselage.

Grounded aircraft have a registration number EI-DCL, EI-DAL and EI-DCJ. All three more than 15 years.

Ryanair is not the first airline with this problem. The detection of cracks in detail, which in aviation jargon is called "cucumber forks" because of their similarity to forks for pickles, has already led to the decommissioning of 50 Boeing aircraft around the world.

Финансовая аналитика, прогнозы цен на сталь, железную руду, уголь и другие сырьевые товары. More news and analytics on Metallurgprom telegram channel - subscribe to get up-to-date market information and price forecasts faster than others.
Сomments
Add a comment
Сomments (0)
On this topic
Investigation results: The crash of the Boeing 737 Max Lion Air was caused by a combination of 9
Poles bought first Boeing 737 Max after two deadly plane crashes
Yuzhmash told whether it is possible to launch reusable rockets from the Black Sea
Malaysia Airlines suspends the reception of Boeing 737 MAX
The head of Boeing refused to premiums and payments for 2019
How the reform of the electricity market in Ukraine can lead to a collapse and what to do about it
Recommended:
British Steel seeks financial support from the government to continue work
War in Ukraine to accelerate world economy transition to clean energy - BP
Steel production in China rose in the first decade of January
News Analytics
EU Green Deal should encourage investment in mild steel projects: Eurofer02-02-2023, 16:32
Belarusian steel plant to operate at full capacity from February02-02-2023, 16:56
British Steel considers cutting up to 1,200 jobs at Scunthorpe02-02-2023, 11:50
Electric vehicles will play a key role in US aluminum production growth - Norsk01-02-2023, 12:17
The former president of Motor Sich was accused of aiding terrorists01-02-2023, 11:39
European stainless steel producers ready to raise prices31-01-2023, 16:16
S&P: Russia will continue to dominate the steel export market in the Black05-01-2023, 11:22
Fitch Analysts Predict Big Drop in Global Steel Consumption This Year14-12-2022, 13:59
Analysts predict 5% annual growth in the iron casting market through 203006-12-2022, 12:44
Commodity prices will fall, metals quotes will rise slightly - Focus Economics28-11-2022, 13:28
Sign in with: