Since November 1, 2021, the Russian Federation has stopped supplies of thermal coal to Ukraine. It was then about coal grade A (anthracite) and P (lean). 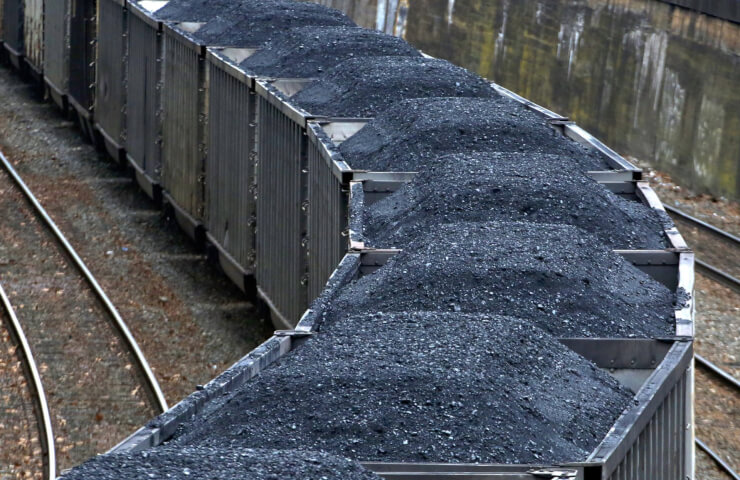 The first 60 cars with grade A thermal coal from the Russian Federation arrived in Ukraine for the needs of Lugansk TPP DTEK Vostokenergo. This was announced by the representative of the Ukrainian delegation in the socio-economic subgroup of the Trilateral Contact Group Victoria Strakhova on her Facebook page.

“The first 60 cars with coal for the Lugansk TPP ended up in Ukraine. Now you can be sure that Happiness and neighboring settlements will be happy at least in terms of warmth, ”Strakhova said.

In particular, Strakhova reported that the coals came from the Rostov region, Russian Federation.

According to the Ministry of Energy, as of January 5, coal reserves in the warehouses of the Lugansk TPP amounted to 8.1 thousand tons, the station's daily consumption is about 0.6-0.8 thousand tons. 60 wagons carry about 4 thousand tons of coal.

With an unresolved issue of coal supplies to the Lugansk TPP, the Ministry of Energy of Ukraine considered the transition of the station to gas.

At an online briefing on January 5, Energy Minister German Galushchenko said that the Russian Federation continues to block the transit of coal from Kazakhstan.

“Coal does not come from Kazakhstan. There is a signed contract for 660 thousand tons of coal for the heating season, but due to actions from the Russian Federation, transit is being blocked. Neither we, nor Centrenergo see an opportunity to physically obtain this coal, "Galushchenko said.

As previously reported, Russia has stopped supplies of thermal coal to Ukraine since November 1.

Финансовая аналитика, прогнозы цен на сталь, железную руду, уголь и другие сырьевые товары. More news and analytics on Metallurgprom telegram channel - subscribe to get up-to-date market information and price forecasts faster than others.
Сomments
Add a comment
Сomments (0)
On this topic
The first ship with coal from the USA, contracted by DTEK for the needs of Centrenergo, arrived in
DTEK brought to Ukraine the second of seven Panamax ships with American coal for thermal power
Stopped nuclear power plants and mines. What's going on in the energy sector of Ukraine?
Yuzhmash told whether it is possible to launch reusable rockets from the Black Sea
Heating season in Ukraine: where there can be problems with heat and why
How the reform of the electricity market in Ukraine can lead to a collapse and what to do about it
Recommended:
China's crude steel production in 2022 falls for the second year in a row
World steel production in December 2022 collapsed by 10%
Prices for metal products in Ukraine increased by 26% last year
News Analytics
The market assesses the consequences of the earthquake in Turkey08-02-2023, 10:25
Sanjeev Gupta's Liberty Steel Seemed as Potential Buyer of Aartee Bright Bar07-02-2023, 13:07
Tata Steel showed a steady increase in its revenues07-02-2023, 12:32
Eurofer expects EU steel demand to fall 4.6% in 2022 and 1.6% in 202305-02-2023, 13:31
EU Green Deal should encourage investment in mild steel projects: Eurofer02-02-2023, 16:32
European stainless steel producers ready to raise prices31-01-2023, 16:16
S&P: Russia will continue to dominate the steel export market in the Black05-01-2023, 11:22
Fitch Analysts Predict Big Drop in Global Steel Consumption This Year14-12-2022, 13:59
Analysts predict 5% annual growth in the iron casting market through 203006-12-2022, 12:44
Commodity prices will fall, metals quotes will rise slightly - Focus Economics28-11-2022, 13:28
Sign in with: