Heating season in Ukraine: where there can be problems with heat and why

Anastasia Zanuda from BBC News Ukraine tried to understand the complex intricacies of housing and communal and energy problems on the heat services market in Ukraine. 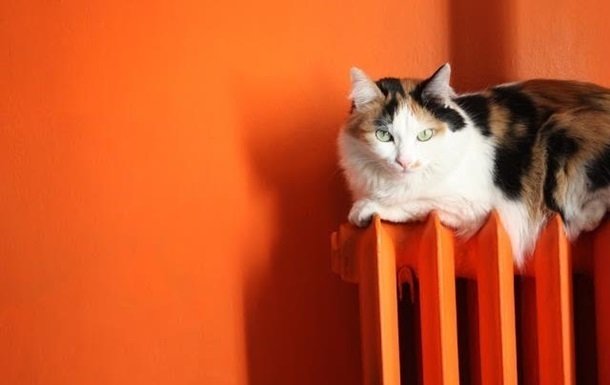 Due to warm weather, the heating season in Ukraine starts later than usual. The authorities say that with the onset of cold weather, heating will be turned on almost everywhere. Gas reserves in storage are record-breaking. However, the debts of teplokomunenergo (TKE) and consumers are also at a record high.

Already after the September cold snap, social infrastructure facilities - hospitals, kindergartens, schools - began to be connected to the heat. Now, according to the Ministry of Regional Development, more than half of social facilities have been connected in Kiev and four regions. In other regions, this figure is still lower.

Residential buildings with central heating, according to the law, begin to be connected when the average daily temperature drops below 8 degrees Celsius.

Nevertheless, in some places, mainly in the western regions, local authorities have already decided to connect residential buildings to heat.

The general situation with heating, according to the prime minister, is traditionally difficult: “The heating season in Ukraine always started in manual mode. The system works so badly - debts, outdated communications, many problems, corruption, mismanagement. ”

Throughout the summer and early autumn, Naftogaz pumped gas into underground storage at an accelerated pace. Now these reserves have already exceeded 21 billion cubic meters - this is a record for the last ten years.

However, Naftogaz plans to use these reserves in the main if by the end of the year it will not be able to agree with the Russian Gazprom on a new contract for gas transportation and will be left without fuel.

Now gas prices on world markets have gone up. For the industry in November, Naftogaz announced a price increase of 18-19% compared to October. It is with the beginning of the heating season that the rise in prices for gas will begin, and hence for heat and hot water for the population.

But there is an even more serious problem. Billions of debts of heat generation to Naftogaz for previous seasons.

In September, the Gas Market Association warned that these debts could leave about 2 million households without heat.

The fact is that without settling the problem of debts it is impossible to conclude an agreement for the supply of the only gas supplier on favorable terms - Naftogaz.

The government, having entrusted Naftogaz with special obligations to supply gas for TKE at preferential prices, at the same time obliged them that the level of current settlements was at least 90%, and restructuring agreements were concluded regarding previous debts.

Given the criticality of the situation, Naftogaz proposed to change this mechanism, making the local authorities responsible for debts.

The content of the proposal was to conclude contracts for the supply of gas even with debtors, but if it does not pay off with Naftogaz by the end of the heating season, its debt will be covered from the state budget with a subsequent reduction in subsidies to the relevant local budgets. p>

The largest indebtedness belongs to the enterprises of Donetsk, Dnepropetrovsk and Kharkov regions. Among the debt leaders is Kiev, whose gas debts exceed 3 billion hryvnia.

Among the CHP plants using gas to generate heat and electricity, the three "leaders" look like this:

Another 21 billion are debts of regional gas sales companies.

Most of the thermal power plants (TPP) in Ukraine, as before, run on coal.

This coal comes from mines, which, since the beginning of the conflict in the East, have ended up on the territory not controlled by Kiev. Due to the lack of coal needed for thermal power plants, its deficit has to be covered by imports.

By the beginning of October, coal reserves in Ukrainian warehouses were one third less than last year.

Since about 80% of thermal generation in Ukraine is concentrated in the hands of DTEK - the energy division of the SCM holding controlled by Rinat Akhmetov - this company also carries out the main import of coal. According to DTEK, on ​​October 22, Ukraine received the fifth consignment of imported coal. This time from Colombia.

“There are already one million tons of coal in warehouses, which is twice as much as at the beginning of autumn,” the company said in a statement.

In the Department of Energy dialect

Recommended:
Chinese probe "Tianwen-1 " entered orbit around Mars
For the first time in Ukraine, recirculators and irradiators for air disinfection were installed in a trolleybus
Ukrzaliznytsia will share its experience with Italian railway workers
On this topic
Switzerland will help Ukraine reduce gas consumption
Gas as a weapon of Russia's hybrid war: how to deal with it?
Long road to green steel
How much should a citizen of Ukraine pay for electricity?
Top 10 digital trends in the global steel industry
Steel Musel is crucial in the production of champagne
Add a comment
Сomments (0)
News Analytics
Georgia's economy shrinks by 11.5% in January26-02-2021, 21:21
Ukraine retained its position in the world ranking of steel producers and rose26-02-2021, 15:52
ArcelorMittal has raised prices for galvanizing for the European market to 90026-02-2021, 13:23
The European Commission initiated a new investigation on steel imports to26-02-2021, 13:22
A rally of workers of the stopped shipyard was held in Mariupol26-02-2021, 12:34
Increase in prices is forecasted in the markets of steel raw materials -26-02-2021, 09:25
Troy ounce of gold will drop $ 500 in two years - Fitch25-02-2021, 18:29
Global iron ore production growth to outstrip cumulative production in India23-02-2021, 10:22
Fitch Ratings Warns of “Shocking Impact” on Fossil Fuel Exporters18-02-2021, 14:44
Raw material prices rise by about 10.5% in January 2021 - Deutsche Industriebank12-02-2021, 10:48
Sign in with: