The strategy will be designed not only to overcome current difficulties and support Russian metallurgists, but also to set guidelines for the long-term development of the industry. 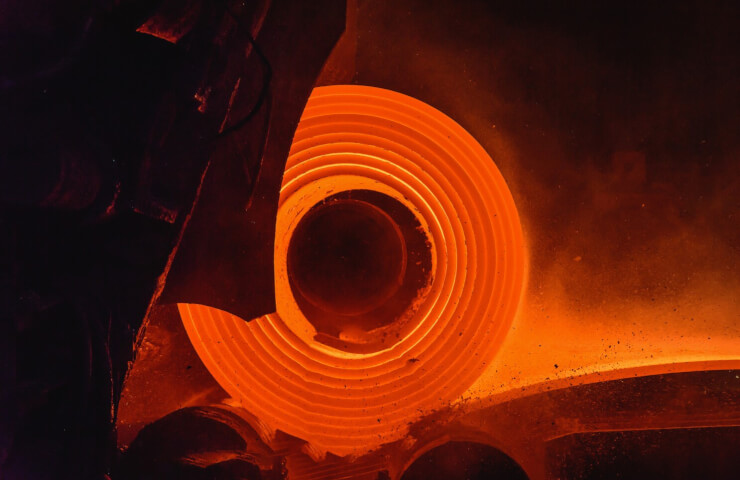 The strategy for the development of the Russian metallurgical complex until 2030, which was discussed on August 1 at a meeting with President Vladimir Putin, will be finalized and then promptly adopted, Dmitry Peskov, press secretary of the head of state, said.

“Some nuances will be finalized there, then it will be quickly approved,” he said at a briefing.

On August 1, Putin recalled that back in April he ordered to approve the strategy for the development of domestic metallurgy until 2030.

He emphasized that the strategy should not only be designed to overcome current difficulties and support Russian metallurgists, but also set guidelines for the long-term development of the industry, create the basis for long-term plans of companies and enterprises.

As reported, during the meeting, the current parameters of the work of the Russian metallurgical industry were announced, including capacity utilization by 60-70% of the nominal, a sharp drop in margins, domestic demand and exports.

Финансовая аналитика, прогнозы цен на сталь, железную руду, уголь и другие сырьевые товары. More news and analytics on Metallurgprom telegram channel - subscribe to get up-to-date market information and price forecasts faster than others.
Сomments
Add a comment
Сomments (0)
On this topic
Russia will update the strategy of interaction with the WTO, taking into account the "illegal
Russian metallurgists stop production due to the strengthened ruble
Today, 20 years since Vladimir Putin first became President of the Russian Federation
FT: the US Treasury Deripaska is suspected of laundering money for Putin
Gas prices in Europe fell below $ 1000 per thousand cubic meters after Putin's statement about
Press Secretary of the President of the Russian Federation Confirmed Gazprom's Readiness for Direct
Recommended:
Chinese scientists discover previously unknown mineral in lunar soil samples
UK government to set up Critical Minerals Agency
EU Commission not doing enough to save aluminum industry - associations
News Analytics
Tata Steel merger plan to secure long-term profits03-10-2022, 10:46
US hydrogen prices to drop to zero dollars per kg in 5 to 6 years: Platts02-10-2022, 21:53
The production of passenger cars in Russia decreased by 2.8 times in eight29-09-2022, 11:19
Donetsk and Torez electrotechnical plants will start producing electrical29-09-2022, 11:37
Ukrainian coking plants reduced gross coke production by 55.2%29-09-2022, 11:28
China production cuts in winter will give limited boost to steel markets -15-09-2022, 10:09
Steel prices may rise as manufacturers stop production11-09-2022, 14:06
IREPAS: The global long products market is in a "dramatic situation"10-09-2022, 20:49
Steel prices are unlikely to rise significantly in the near future - analysts02-09-2022, 22:58
Steel prices may move up on new data from China31-08-2022, 12:19
Sign in with: