The Kremlin promptly responded to the proposal of the co-chairman of the OLE faction, Yuriy Boyko, to return to direct supplies of Russian gas to Ukraine. 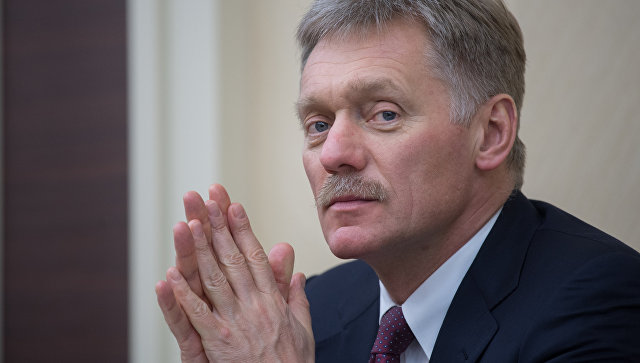 Gazprom has never denied the possibility of returning to negotiations on direct contracts for the supply of gas to Ukraine, this is a matter of negotiations and economic feasibility for the company, said the press secretary of the Russian President Dmitry Peskov.

“Gazprom has never denied this possibility. Gazprom is a reliable gas supplier; it has been, is, remains and will be. This is all a matter of negotiations and the actual economic feasibility for the company, "Peskov told reporters on Monday.

This is how he answered the question that proposals have begun to be heard in Kiev to return to negotiations with Gazprom in order to receive gas directly from Russia, and whether Russia is ready to consider such an opportunity.

The proposal to return to direct gas supplies from the Russian Federation was voiced by the co-chairman of the OPLZ faction, Yuriy Boyko, at a meeting of the conciliatory council of parliamentary factions in the Verkhovna Rada on Monday.

“I believe that we should return to direct contracts with Russian Gazprom the way Hungary did,” he said.

Финансовая аналитика, прогнозы цен на сталь, железную руду, уголь и другие сырьевые товары. More news and analytics on Metallurgprom telegram channel - subscribe to get up-to-date market information and price forecasts faster than others.
Сomments
Add a comment
Сomments (0)
On this topic
A new lawsuit for "Gazprom": what does "Naftogaz" in the Stockholm arbitration?
Yuzhmash told whether it is possible to launch reusable rockets from the Black Sea
Who will freeze first, if Ukraine will stop the transit of Russian gas?
Gazprom reacted to the refusal of Naftogaz of Ukraine to buy Russian gas with the words "no
How the reform of the electricity market in Ukraine can lead to a collapse and what to do about it
The transit of Russian gas through Ukraine will continue on terms acceptable to all parties –
Recommended:
The United States imposed a ban on the import and sale of equipment from Huawei, ZTE and a number of other Chinese companies
The state will not support the export of metals from Russia - Ministry of Industry and Trade of the Russian Federation
EU extends anti-dumping duties on cold rolled steel from China and Russia
News Analytics
The European Council added the violation of restrictive measures (sanctions) to28-11-2022, 14:22
The abolition of export duty in India may reduce the price of Turkish steel28-11-2022, 14:07
Australia and the UK aim to catch up and overtake China in the battery metal26-11-2022, 22:37
The United States imposed a ban on the import and sale of equipment from26-11-2022, 22:31
The pipe metallurgical plant in Nikopol continued to work after a short stop26-11-2022, 22:52
Commodity prices will fall, metals quotes will rise slightly - Focus Economics28-11-2022, 13:28
Platinum market to face shortage next year - WPIC22-11-2022, 18:25
Global steel demand falls and will fall by 2.3% in 2022: WorldSteel19-10-2022, 23:12
Iron ore prices fall to 11-month low15-10-2022, 10:36
China production cuts in winter will give limited boost to steel markets -15-09-2022, 10:09
Sign in with: