Tax payment Vladimir Lisin in 2019 was provided to three quarters of all revenues personal income tax on profits of controlled foreign companies (offshore) in Russia. 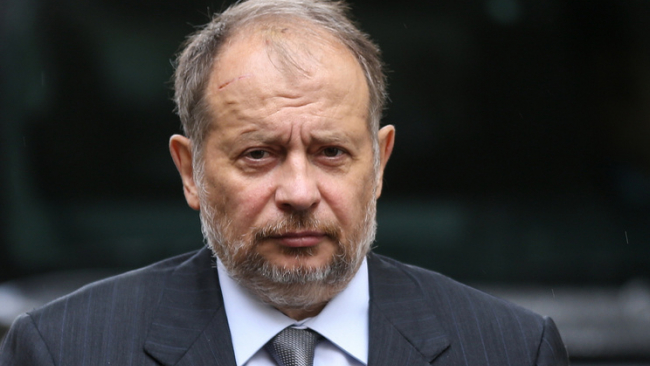 Main owner of Novolipetsk steel (NLMK), number two in the Russian list Forbes Vladimir Lisin has been the largest corporate income tax payer in Russia with offshore profits. The budget of Lipetsk, where the prescribed Lisin received YTD 1.08 billion rubles in payments of personal income tax on profits of a controlled foreign company.

As found in RBC, personal income tax in the Lipetsk region in this article are based on data from FNS, pays mostly Vladimir Lisin.

it Turns out that the payments of the owner of NLMK offshore profits provided in 2019 to three-quarters of all revenues personal income tax on profits of controlled foreign companies in Russia.

the consolidated budget of the Lipetsk region for the first nine months of 2019 received 14.8 billion rubles from the personal income tax, from the data of the local Department of the Treasury, that is, Lisin provided at this point at least 7% of revenue in the region for this article.

Recommended:
The government of the Netherlands to sue Russia over downed MH17
The Metinvest has stated that it will save $ 2 million on upgrading staff
For the first time since the start of the pandemic in the United States began to increase the number of oil rigs
On this topic
5 of the 10 most expensive aircraft belongs to the Russian metallurgists
VTB became the main creditor of "Mechel"
Closed due to sanctions, the plant "RUSAL" will mine cryptocurrency
Amazon's black streak: the 10 billion Pentagon contract goes to Microsoft
НЛМК занял выжидательную позицию на рынке США
Стоимость акций Новолипецкого металлургического комбината упала на 12,26 процента
Add a comment
Сomments (0)
News Analytics
"Metinvest " in May increased revenue by 13.6% versus April, debt increased by04-08-2020, 18:49
Metinvest's Kryvyi Rih GOKs will pay double taxes to the local budget until01-08-2020, 14:16
US Steel will not restart blast furnaces in Indiana until the end of this year01-08-2020, 14:02
ThyssenKrupp closed the deal for the sale of the elevator business01-08-2020, 13:53
Minister for Strategic Industries of Ukraine inspected YUZHMASH workshops31-07-2020, 09:49
Steel begins to lose the battle with the aluminium due to the growing27-07-2020, 17:08
Gold may reach a record high in 201114-07-2020, 12:47
Steel prices in southern Europe are rising, despite weak demand23-06-2020, 10:54
Analysts expect strong demand growth for steel in China10-06-2020, 11:57
Global steel consumption in 2020 will be reduced by 6.4% - Worldsteel04-06-2020, 13:53
Sign in with: