Declared in 2014 a course on the independence of the Russian economy from the import was actually defeated. The key to economic growth should not become protectionist measures, and incentives for exporters. 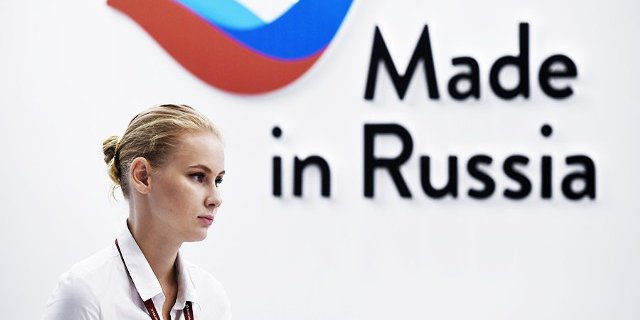 the import substitution policy was announced in Russia in 2014 after introduction of sanctions by Western countries. The good idea was based on the fact that we have to establish its own production of previously purchased products and to reduce the dependence of key industries on imports. Were you able to achieve the desired?

According to the state information system of industry was planned that in the timber industry the level of purchases abroad will be reduced to 49%, in the oil and gas engineering — 55% in the automotive industry to 7%, in machine engineering — to 75% in medicine — up to 33%, light industry — up to 44%.

of Course, by the beginning of 2019 managed to achieve some success. For example, the Russian industry produces 60% of the components for foreign car brands, but not 93% as expected. Other markets have not shown such results: petroleum engineering is still on 71% dependent on imports, machine — 93%, medicine — by 73%, light industry — by 78%, timber industry — 87%.

What are the causes of the actual failure of the plan of import substitution? The answer is simple: the Russian domestic market provides sufficient demand. Dependence on imports is retained, because it is easier to buy abroad in the right amount than to make stock. To create the production of Russian equivalents machinery, equipment and components, not to mention the drugs, it takes time and investment, but they are not. For example, for the production of medicines, taking into account the time of testing and to market, you need at least 7 years and several million dollars research. Was it possible to achieve the stated targets and to reduce dependence on foreign drugs in 2 times in 5 years without serious investment? Of course, this was unreal.

If you look at the statistics on imports, we see that the maximum decline actually happened in 2015. According to the Institute for economic policy. E. T. Gaidar (IEP), then 30% of the enterprises have reduced purchases of machinery and equipment and 22% of raw materials, but by 2019, the balance was restored. Today the share of import substitution is only 10% for these items. It turns out that the substitution is "damped"?

in Fact, this was expected. When the weak and the small market is necessary not only to replace imports, and to increase the competitiveness of their products in foreign markets. Strategy "first posted, and then we'll export to develop" does not work because in the small market of the Russian Federation it is difficult to rise to the level of global players. The same China that differs from the traditional Russian import of products of chemical industry, ferrous metals and forest and paper products, and replacing them, then comes in much larger volumes to foreign markets by exporting to other countries and ousting Russian there.

import Substitution led to only a temporary reduction of purchases abroad. According to the statistics of the FCS of Russia, the main steel industry, producing products of animal origin, where from 2014 to 2019 the decline in imports was 46% ($12.3 billion in 2014 against $6,64 billion in 2018). The import of mineral raw materials decreased by 32%, wood and wood products — 45%, jewelry up to 36%.

These goods in the internal market was completed, apparently at the expense of domestic producers. In General, the volume of purchases by the end of 2018 almost reached the same level as in 2014: $238,4 billion against $287,1 billion, falling to $179,8 billion in 2016.

it Should be noted that in recent years much has been said about the necessity of transition from import-substitution to focus on exports. More and more often hear about success in this field. At conferences and forums, in the statements and reports of the government refers to the growth in non-oil non-energy exports of Russia, which reached $150 billion in 2018, and that the export exceeds the import.

But everything is so rosy? Is this a policy of "attenuation"? In 2018, exports from Russia amounted to $450 billion, of which 65% is accounted for by the minerals industry and 10% for metals. Other sectors — cars, chemicals, agricultural products, wood processing and paper — account for 5-6% each and are highly susceptible to world market conditions.

Meanwhile, international trade is dominated by the US and China, easily displacing Russia from many markets. Russia definitely needs a new niche and diversification. Investments are needed in export, support to the state and the banking sector, primarily for small and medium-sized businesses. You need to ease export regime and to make it easier for companies, procedure of VAT refund. In Russia, only 2% of companies in the country something to export, against the average in the world is 10-15%. And this figure needs to be increased.

If before the world's center of consumption was the United States and Europe, now clearly a shift towards the Asian markets. According to the UN, during the XXI century, the most populous region will be Asia, it will focus and customer demand. In 2050 more than half the world's population will reside in Asia. Promising for Russia may be the markets, which are also subject to sanctions restricting their trade with Western countries. Such markets need to capture, in a flexible way and actively — for example by introducing free trade regimes with them.

the Russian government has set the course for doubling non-oil non-energy exports by 2024. Growth is expected in all the same industries as before: Metalworking, mechanical engineering, food, chemical industry. Great importance is attached to growth of export of services — educational, health, tourism and transport. According to the Russian export center (REC) together, they account for around 40% of total exports ($65 billion from $150 billion in 2018), and almost 40% of them ($22 billion) comes from exports of transport services. Whether we are successful in this, time will tell.

Recommended:
Panasonic announced plans to increase battery capacity for electric vehicles by 20%
In Russia flooded the shop of the Ural division of the Novolipetsk metallurgical combine
For the first time in the history of Toyota bought Chinese steel for their cars
On this topic
Los Angeles Times: a Perfect storm in the American market of steel
Heating season in Ukraine: where there can be problems with heat and why
Сталь остается основным материалом для автостроения
Топ 10 цифровых трендов в мировой металлургической промышленности
Стальное Мюзле имеет решающее значение в производстве шампанского
Страны ЕС создают спецкомпанию для обхода санкций США против Ирана
Add a comment
Сomments (0)
News Analytics
"Metinvest " in May increased revenue by 13.6% versus April, debt increased by04-08-2020, 18:49
Metinvest's Kryvyi Rih GOKs will pay double taxes to the local budget until01-08-2020, 14:16
US Steel will not restart blast furnaces in Indiana until the end of this year01-08-2020, 14:02
ThyssenKrupp closed the deal for the sale of the elevator business01-08-2020, 13:53
Minister for Strategic Industries of Ukraine inspected YUZHMASH workshops31-07-2020, 09:49
Steel begins to lose the battle with the aluminium due to the growing27-07-2020, 17:08
Gold may reach a record high in 201114-07-2020, 12:47
Steel prices in southern Europe are rising, despite weak demand23-06-2020, 10:54
Analysts expect strong demand growth for steel in China10-06-2020, 11:57
Global steel consumption in 2020 will be reduced by 6.4% - Worldsteel04-06-2020, 13:53
Sign in with: