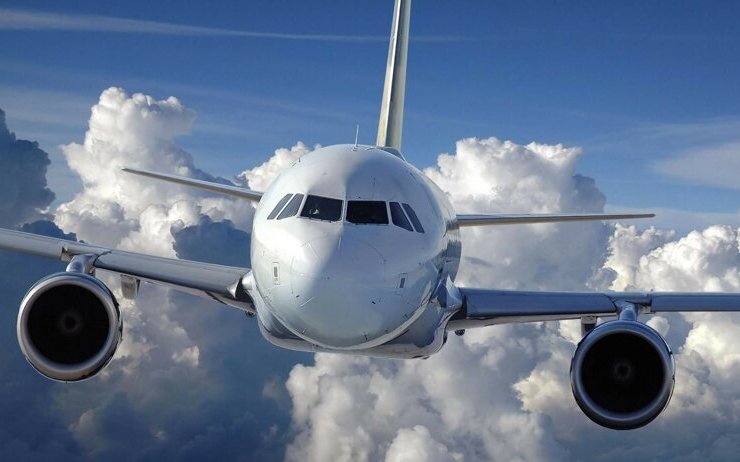 Russian airlines, after the incident with an emergency landing in Minsk of a Ryanair aircraft flying from Athens to Vilnius on May 23, began to fly over Belarus, reported Forbes source in one of the relevant departments.

“There were about ten flights bypassing Belarus. But it is impossible to say the reasons for the route changes, whether it is connected with political motives. There may be technical reasons, ”the source said.

The Forbes interlocutor did not specify the names of the companies and directions. According to him, the companies had asked the aviation authorities in advance for the opportunity to fly around Belarus. A Forbes source in one of the largest airlines confirmed that several flights were made the day before, bypassing Belarus.

Since May 29, the Cabinet of Ministers of Ukraine has banned aircraft registered in Belarus from using the country's airspace. Kiev also decided to stop flights between Ukraine and Belarus from May 26 and banned flights over Belarusian territory.

Earlier this week, the leaders of the EU countries called on European airlines not to use the airspace of Belarus. Several airlines, including Latvian airBaltic, German Lufthansa and Dutch KLM, French Air France and Finnair, Hungarian Wizz Air, Scandinavian SAS and Polish LOT, have canceled flights over Belarus.

On May 24, the Federal Air Transport Agency claimed that Russian companies continue to fly to Belarus and through its airspace in normal mode. At the same time, two European airlines - Air France and Austrian Airlines - had to cancel flights to Moscow after Russia did not approve new routes to fly around Belarus.

The decision of the EU leaders was a response to an emergency landing in Minsk of a Ryanair plane flying from Athens to Vilnius on 23 May. The aircraft, flying over Belarus, was deployed near the border with Lithuania and landed in Minsk, accompanied by a fighter jet by a personal decree of the President of Belarus Alexander Lukashenko. Minsk explained the landing with a message about the mining of the side, which in the end was not confirmed. Ryanair considered the incident to be a "case of a government-sponsored hijacking."

The former editor-in-chief of the Belarusian opposition Telegram-channel Nexta Roman Protasevich and his girlfriend, Russian woman Sofia Sapega, flew to Vilnius on a Ryanair plane. After the plane landed, they were detained by the Belarusian security forces. In Belarus, Protasevich is included in the list of persons involved in terrorism, and is accused of organizing mass riots and "inciting social enmity" in relation to the security forces. Sapega was arrested and is suspected under several articles of the Criminal Code of Belarus, the Russian Foreign Ministry reported. The European Council demanded the release of Protasevich and Sapieha.

Recommended:
On October 7, trade unions will lead people to an all-Ukrainian protest action
German industry surprises with record orders - Handelsblatt
A pilot project for storing hydrogen in underground gas storages starts in the Luhansk region of Ukraine
On this topic
Panic over a new strain of coronavirus could finally ditch the European aviation industry
Yuzhmash told whether it is possible to launch reusable rockets from the Black Sea
The Belarusian authorities appealed to Ukraine for cheap oil
Ukraine is interested in import of electricity from Belarus Alexey Orzhel
Investigation results: The crash of the Boeing 737 Max Lion Air was caused by a combination of 9
From Mariupol to Italy by plane: Ernest Airlines will make it a reality
Partner news
Сomments
Add a comment
Сomments (0)
News Analytics
Interpipe completed a million dollar investment project20-09-2021, 18:13
Gazprom will cut transit through Poland and will not book additional capacities20-09-2021, 18:57
World iron ore prices are already below $ 100 per ton20-09-2021, 17:39
The largest metallurgical company in Austria will allocate 185 million euros20-09-2021, 13:56
The capacity of the domestic market of rolled metal products in Ukraine20-09-2021, 12:28
Moody's changes its outlook for the mining and metals industry from "positive"14-09-2021, 18:39
European steel prices decline from summer highs and remain stable high04-09-2021, 10:38
Rise in European steel prices to dizzying levels finally fizzled out - Bloomberg27-08-2021, 13:18
Gold continues to be the most efficient portfolio asset - WGC26-08-2021, 12:38
Falling iron ore prices caught Wall Street by surprise - WSJ23-08-2021, 13:57
Sign in with: