Russia failed to agree with Belarus on oil transit

the negotiations on the tariffs for transit of Russian oil through Belarus will continue in the near future, reported the Ministry of Antimonopoly regulation and trade of the Republic of Belarus. 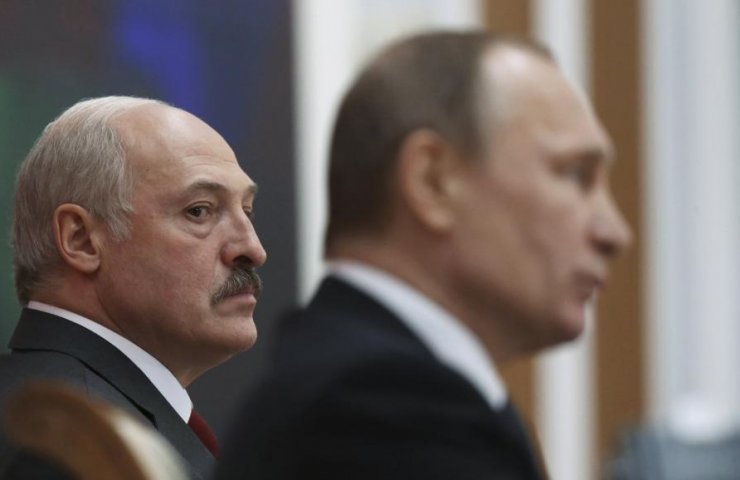 the Representatives of the Antimonopoly authorities of Belarus and Russia failed today to reach agreement on tariffs for the transit of Russian oil and oil products on the territory of our country. The negotiations will continue in the near future, told BelTA following the meeting, the representative of the Ministry of Antimonopoly regulation and trade of the Republic of Belarus (MARCH).

According to a source from the state Agency, Minsk, Belarus proposed to raise tariffs for the year 2020 under the current methodology, approved by the two regulators, and the agreements reached in August 2019.

"In particular, in August we agreed to view the actual transportation volumes for the year 2019 and the amount of revenue foregone OJSC "Gomeltransneft Druzhba" in the past year in connection with reduction of volumes of transportation, and we will consider it for 2020. Therefore, it was proposed to raise the tariff on the inflation component, as foreseen by the methodology, but also on the forgone revenue to offset it in the current year", - he noted.

however, continued the representative office, the Russian side had some questions on the calculations of OJSC "Gomeltransneft Druzhba".

MARCH, the Representative also stated that under the current methodology, the question of the size of tariffs for the transit of Russian oil and petroleum products needs to be addressed by authorities in the field of tariff regulation of the two countries no later than 15 January, if you do not succeed, the decision must be made before February 1.

In December 2019, the Chairman of concern "Belneftekhim" Andrei Rybakov said that Belarus wants to lay a tariff on Russian oil transit in 2020 their losses, which she received, not to pump the planned volumes due to force majeure, "dirty oil."

According to a source familiar with the situation, the Belarusian side wants to increase the tariff for transit of Russian oil by 16.6%.

In the course of the year Belarus has repeatedly proposed to increase the rate of 21.7%, as to force majeure on the pipeline "Friendship", and after it. However, the Russian side agreed to increase tariffs for oil transportation on sites of OJSC "Gomeltransneft Druzhba" only by 3.7% from September 1, 2019.

Previously coalsalesthat Belarus has imposed an environmental tax for the transit of oil and oil products through its territory. From 1 January 2020 Belarus has suspended the export of oil products amid a lack of oil supplies from Russia.

JSC "Ukrtransnafta" and the Russian JSC "Transneft" zakljucili additional agreement to the contract on oil transit through the territory of Ukraine, thus extending the term of the contract for 10 years – until January 1, 2030.

Recommended:
Underlying profit (EBITDA) of Metinvest in 2020 increased by 82%
Britain denies loan guarantees for metallurgical holding GFG Alliance
Ukrzaliznytsia announced a tender for the purchase of 100 new passenger cars in 2021
On this topic
Belarus has imposed an environmental tax on the transit of Russian oil
Belarus stopped buying Russian oil from January 1
The President of Belarus instructed in the coming days to find an alternative to Russian oil
The transit of Russian gas through Ukraine will continue on terms acceptable to all parties –
Russia accused of illegal trade in chemicals – Reuters
Ukraine and Russia agreed on oil transit to the European Union
Add a comment
Сomments (0)
News Analytics
Bosch launches automotive chip plant in Dresden08-03-2021, 13:45
Eurozone investor morale at its highest rise in 12 months08-03-2021, 12:30
Port on the coast of Pilbara in Australia stops shipments of iron ore due to08-03-2021, 11:14
Coronavirus drove Belgian skiers to the slopes of the Charleroi waste heap07-03-2021, 13:52
US Steel focuses on the production of nanosteel for high-strength alloys07-03-2021, 13:46
Spread between raw materials and high strength alloy steel in Europe increased01-03-2021, 20:21
Increase in prices is forecasted in the markets of steel raw materials -26-02-2021, 09:25
Troy ounce of gold will drop $ 500 in two years - Fitch25-02-2021, 18:29
Global iron ore production growth to outstrip cumulative production in India23-02-2021, 10:22
Fitch Ratings Warns of “Shocking Impact” on Fossil Fuel Exporters18-02-2021, 14:44
Sign in with: