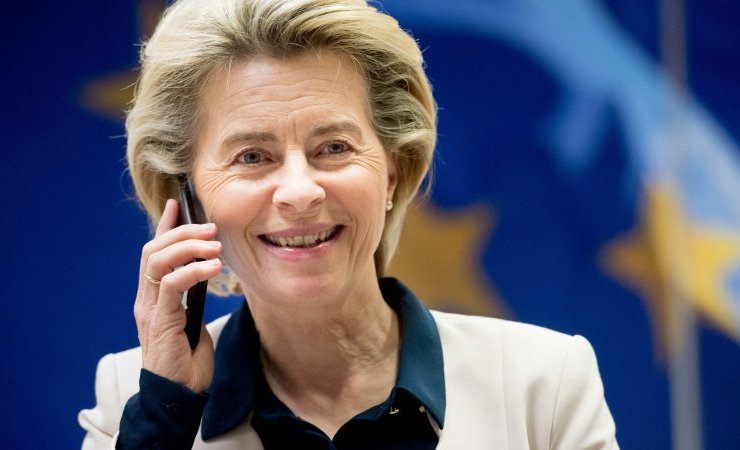 The European Union and the United States have agreed to suspend for four months all mutually accepted duties on exports from both countries, imposed as a result of a long-standing struggle between aircraft manufacturers Airbus and Boeing. This is stated in the statement European Commission.

According to the European Commission, the suspension of duties will allow both parties to focus on resolving this competitive dispute. The decision is an important incentive for EU exporters, as the US imposed tariffs on EU exports to the US in the amount of $ 7.5 billion. Likewise, EU tariffs on US exports to the EU worth about $ 4 billion will be suspended.

“This is a significant step forward. This marks a reset in our relationship with our largest and most economically important partner. Removing these tariffs is a win-win for both sides at a time when the pandemic is hurting our workers and our economy. This suspension will help restore confidence and trust and therefore enable us to arrive at a comprehensive and long-term negotiated solution. Positive trade relations between the EU and the US are important not only for both sides, but also for world trade in general, ”commented Valdis Dombrovskis, Executive Vice President of the European Commission and Trade Commissioner.

In October 2020, the WTO authorized the EU to take similar action against illegal US subsidies to aircraft manufacturer Boeing on US $ 4 billion worth of US exports to the EU.

Since during the presidency of Donald Trump, the United States was not ready to agree to a settlement of the conflict, including the immediate abolition of tariffs on European goods, on November 9, 2020, the EU decided to introduce its countermeasures. On December 31, 2020, the US changed the base period for calculating its sanctions, thereby significantly increasing the range of EU goods that are subject to tariffs.

Recommended:
South Korea has come up with a technology that allows you to extract hydrogen from ammonia without emissions
Uralvagonzavod signed a contract for 3 thousand gondola cars
NKMZ began construction of a unique bridge ore grab reloader
On this topic
Yuzhmash told whether it is possible to launch reusable rockets from the Black Sea
How the reform of the electricity market in Ukraine can lead to a collapse and what to do about it
Washington may cancel the portion of the tariff on metals in the fight against the coronavirus
US increases tariffs on European planes with 10 to 15%
Boeing shares jumped 2.7 percent after reports of the resignation of the Director General
Los Angeles Times: a Perfect storm in the American market of steel
Add a comment
Сomments (0)
News Analytics
Three European delegations visited the Mariupol commercial port in two days22-04-2021, 14:23
ArcelorMittal is the best employer in the MMC of Ukraine in 2021 - research22-04-2021, 14:28
US pledges to halve emissions by 2030 as part of renewed fight against global22-04-2021, 14:52
ArcelorMittal Raises Hot Rolled Steel Prices in Europe Above € 1,000 /Ton22-04-2021, 13:24
Chinese subway cars begin operational tests in Chicago22-04-2021, 13:44
Global hydrogen demand to grow 7-fold by 2070 - PwC21-04-2021, 12:31
World Steel Association predicts a good year for metallurgists15-04-2021, 18:19
World Steel Association defines green steel and its variations12-04-2021, 13:14
China unlikely to cut steel capacity in 2021 due to high steel prices07-04-2021, 12:11
Scrap metal market at the beginning of April02-04-2021, 11:10
Sign in with: