the number of gas suppliers to Ukraine from Russia to become wider because of the attractive prices and demand for Russian hydrocarbons. 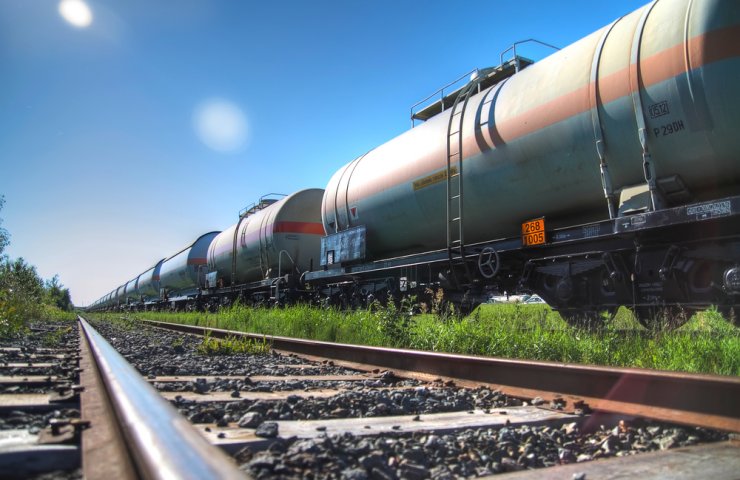 the Number of Russian companies exporting liquefied petroleum gas (LPG) in Ukraine is steadily growing against the backdrop of increasing demand and attractive prices offered by new suppliers on the spot market. By estimations of traders, in June, the volume of supply of liquefied Gah from Russia to Ukraine will exceed 11 thousand tons, which would be the highest reading since April of 2017.

for the First time on the Ukrainian market in June received the propane-butane production company "Togliattikauchuk" belonging "Tatneft". The product of this manufacturer with a capacity of about 300 tons will be shipped in the last week of June. In addition, for the first time gas to Ukraine has put the trading house tomskoblgaz, those shipped 630 tonnes of butane from the station Tomsk-2 for two major Ukrainian companies.

most of spot parties will go from the station Surgut, from where it is shipped gas production Surgutskiy ZSK "Gazprom" and ili "Surgutneftegaz". Just after two months in Ukraine from Surgut will be shipped more than 7 thousand tons of gas of this amount, about 260 tons shipped in may. Buyers of the product were five large Ukrainian trading companies. For all of last year from the station Surgut to Ukraine shipped only 3.5 thousand tons of liquefied gas.

Recommended:
The presidents of Ukraine and Switzerland visited the KP "Water of Donbass"
S&P affirms "Metinvest" level "In", with a stable Outlook
Moody 's: steel consumption in India will decrease by 10%
On this topic
Stopped nuclear power plants and mines. What's going on in the energy sector of Ukraine?
Saudi Arabia expels Russia from nefterynka of the European Union
Tesla releases "Long Range Plus" Model S with mileage without recharging 630 km
The transit of Russian gas through Ukraine will continue on terms acceptable to all parties –
European banks have allocated record funding for the construction of the Amur gas processing plant
A new lawsuit for "Gazprom": what does "Naftogaz" in the Stockholm arbitration?
Add a comment
Сomments (0)
News Analytics
"Metinvest " in May increased revenue by 13.6% versus April, debt increased by04-08-2020, 18:49
Metinvest's Kryvyi Rih GOKs will pay double taxes to the local budget until01-08-2020, 14:16
US Steel will not restart blast furnaces in Indiana until the end of this year01-08-2020, 14:02
ThyssenKrupp closed the deal for the sale of the elevator business01-08-2020, 13:53
Minister for Strategic Industries of Ukraine inspected YUZHMASH workshops31-07-2020, 09:49
Steel begins to lose the battle with the aluminium due to the growing27-07-2020, 17:08
Gold may reach a record high in 201114-07-2020, 12:47
Steel prices in southern Europe are rising, despite weak demand23-06-2020, 10:54
Analysts expect strong demand growth for steel in China10-06-2020, 11:57
Global steel consumption in 2020 will be reduced by 6.4% - Worldsteel04-06-2020, 13:53
Sign in with: