the First Russian humanoid robot Promobot company "Promobot" became a member of the multifunctional center of Perm "My documents". 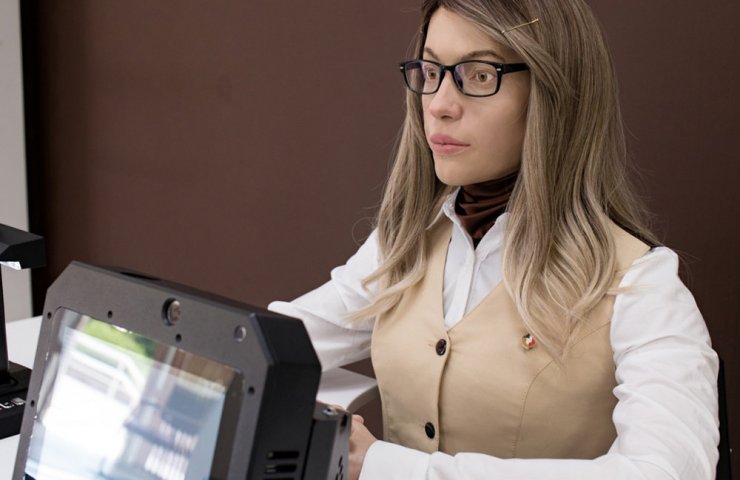 a humanoid robot designed to look and behave like the clerk, a woman, began to provide services to the population in government office in Siberia.

While a robot assists in the issuance of certificates attesting to the fact that people have no criminal record and drug use, the documents required in Russia for certain legal transactions.

the Robot was designed to look like a regular Russian citizen, said the company Promobot.

the Robot can replicate human emotions, to communicate and to answer questions. Externally there is a girl with brown hair, brown eyes and artificial leather. The image of the robot was created by the neural network based on analysis of photographs of thousands of Russian women. 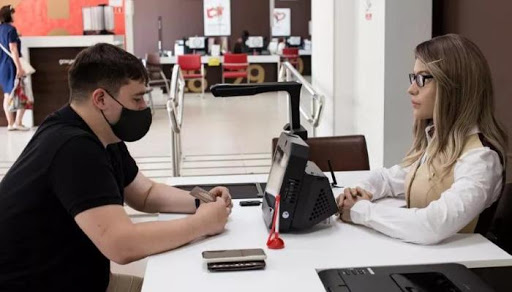 According to Promobot, a robot who is dressed in the uniform of the worker of the registry office of the white shirt and brown vest can recreate more than 600 expressions of the human face, moving the eyes, eyebrows, lips and other mechanical muscles, covered with artificial leather.

the Robot can ask and answer General questions and is connected to the scanner and the printer. He also has access to the document database and completely replaces the Registrar.

Recommended:
Canadian gold mining company accuses Kyrgyzstan of raider seizure of the mine
World's third largest platinum producer may be hit by unrest in South Africa
Construction of the Metinvest Polytechnic University Complex begins in Mariupol
On this topic
In St. Petersburg burned patients connected to a ventilator
Public hearings on the Ukrainian train.d. wheels in Russia will be held in private
Human rights activists have evaluated the possibility of cross-border cooperation between Russia
In Russia introduced a model of market valuation of rebar to reduce antitrust risks
Russia plans to turn off their SWIFT
New Russian steel for oil pipelines prevents leaks
Partner news
Сomments
Add a comment
Сomments (0)
News Analytics
Azerbaijan's SOCAR plans to invest in the extraction of battery metals in26-07-2021, 22:00
The first domestic industrial energy storage system was developed and launched26-07-2021, 22:11
The profitability of purchases of scrap metal in Ukraine has decreased, but is26-07-2021, 17:27
Metinvest is ready to pay more than 9 billion hryvnia for the Dnieper steel26-07-2021, 13:01
Cherkassk Azot by Dmitry Firtash completed the modernization of the ammonia26-07-2021, 13:45
On the regional markets of metallurgical products, prices are balancing in a22-07-2021, 16:22
Demand for armaments will ensure a stable growth of armored steel sales by 4%20-07-2021, 10:10
Protectionist Measures Support European Steel Prices Despite Summer Lull19-07-2021, 11:02
Positive price growth is observed in the markets for metallurgical products16-07-2021, 14:12
European steel market is in confusion: price growth has slowed down, but no one21-06-2021, 17:40