KAMAZ has begun testing drone at the plant

in addition, the trial runs of the Kama truck will be in one of the coal mines of Kuzbass. 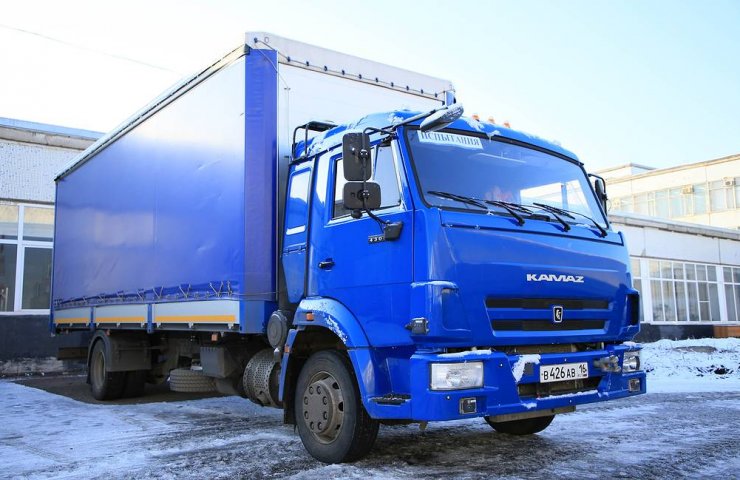 On the premises of KAMAZ started the first test runs of an unmanned vehicle КАМА3-4308. The truck's driver will learn the logistics of the supply cabins with frame and stamping plant of the automobile.

Project on the transport of components using cars-robots received the name "Odyssey". While we are talking about logistics operations on roads in the perimeter of industrial sites of KAMAZ. In General, such machines can be used in any industries that require Shuttle transportation on the specified routes.

"Unmanned technology is the future, which Rostec actively bring. In particular, KAMAZ creates several types of Autonomous vehicles: transport, enabling the movement of convoys without drivers, bezkamennye electric vehicles and city shuttles with Autonomous driving. Unmanned truck, which started to operate on facility features high accuracy – accuracy of navigation does not exceed 3-5 cm project Launch is a significant event not only for the Russian automotive industry, but also for the industry as a whole. This may be the first step to robotics industrial machinery, including working in extreme conditions – for example, in mines, in quarries and in the far North," – said General Director of state Corporation rostec, Chairman of the Board of Directors KAMAZa Sergey Chemezov.

Odyssey compiled based on the diesel KAMAZ-4308. The machine is equipped with four types of sensors: video cameras, radar, lidar, and sonar. Autorobot equipped with several communication systems: industrial Wi-Fi, 4G and a special VHF-band if muted, other channels of communication, that is the emergency channel. All data from the sensors reaches the brain machine – computer, which will be the analysis of incoming information about movement parameters.

"the Release of drones on public roads – revolutionary situation in the consciousness and in the regulatory framework. Of course, the robot will make a lot less mistakes, less accidents. But there remains a moral dimension – who is to blame in the event of an accident? If the driver, blame the manufacturer. Not everyone is ready to accept that responsibility. Development of the framework for use of drones around the world will take time, and it will certainly not happen in 2020-2021 years. While closed areas people can take responsibility for the operation of unmanned vehicles," – said General Director of KAMAZ Sergey Kogogin.

in addition, the trial runs of the Kama truck will be in one of the coal mines of Kuzbass. We are talking about the transport that is created to work in dangerous areas. As told by Sergey Kogogin, in Kemerovo will start rolling route, subsequently the company plans to offer the client a mining truck-drone to transport coal, soil for removing overburden.

Recommended:
Ukrzaliznytsya preparing to sell at auction for 60 thousand tons of ferrous scrap
The European auto Association have adopted a joint plan to resolve coronaries
Ford expects net loss of $ 5 billion in the current quarter due to falling demand
On this topic
Google taught robots to sort office waste
Russia is creating a group of combat robots
Будущие мобильные решения будут основываться на стали
Китайская SIASUN представила новых роботов
В США с разрешения властей пролетел первый беспилотный дрон
Немецкий автопром готовится к обвалу?
Add a comment
Сomments (0)
News Analytics
USA to investigate the imports of mobile cranes, regardless of country of origin28-05-2020, 11:22
Производство и потребление металлопроката в Украине за 4 месяца 2020 г.28-05-2020, 11:37
Boeing возобновил производство 737 MAX на заводе компании в Рентоне28-05-2020, 09:27
The European Commission unveiled a plan for economic recovery after the pandemic27-05-2020, 17:45
In the first quarter, Ukraine paid for the import of vehicles by almost a27-05-2020, 13:26
American steelmakers are faced with an unexpected problem associated with the14-05-2020, 09:09
Relying on the incentives, Chinese steelmakers increase production30-04-2020, 10:20
The rapid recovery of the steel market in China leads to a drop in iron ore22-04-2020, 13:11
Platts: steel Market of China will not be able to recover until the second half20-04-2020, 12:25
Express analysis of the steel market in the new economic environment: companies06-04-2020, 12:51