A block of shares in a major Russian arms manufacturer - 75% minus one share - was acquired by the former Deputy Minister of Transport Alan Lushnikov. Before him, the main owner of the concern was the current Deputy Defense Minister Alexei Krivoruchko. 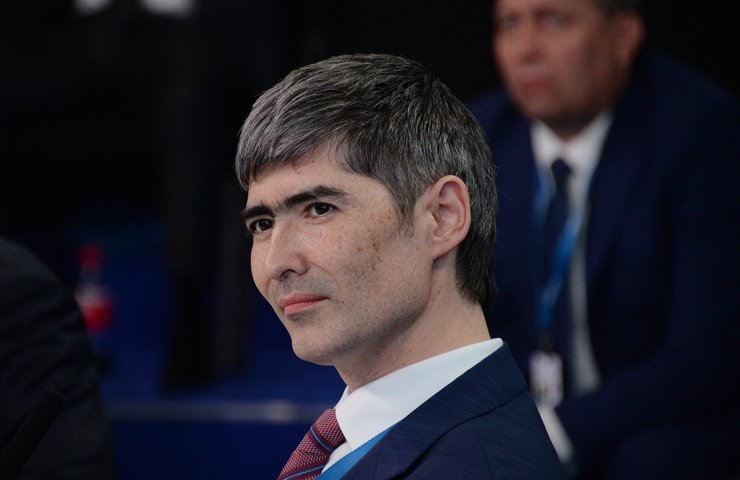 The former Deputy Minister of Transport of the Russian Federation Alan Lushnikov became the new owner of the Kalashnikov arms concern, who acquired TKH-Invest LLC, which controls 75% minus 1 share of the concern through Transkomplektholding JSC (TKH). From the entry in the Unified State Register of Legal Entities of the Russian Federation dated October 29, it follows that 50% of TKH-Invest became the property of Mr. Lushnikov, another 50% remained in the ownership of the LLC itself.

Mr. Lushnikov left the Ministry of Transport in September 2018, and in 2019, together with Timur Gareev, established LLC "UK " Perspektiva ", which is engaged in asset management in the military-industrial complex. In particular, it manages the Lipetsk Mechanical Plant, the Research Institute of Steel and other enterprises.

According to Lushnikov, Kalashnikov is a diversified company that is engaged not only in the production of small arms, but also develops new technologies, in particular, the production of unmanned weapons and high-precision missiles. According to the new owner of the concern, Russian weapons are in demand abroad, and countries' spending on national defense does not depend on economic crises. The investor plans to develop the direction of civilian products, including the production of electric vehicles, said the source of the newspaper. He did not specify the amount of the deal.

According to experts of the financial market, the cost of the transaction could be up to 1 billion rubles, but most likely, it was below this amount due to the concern's debt burden. In addition, the arms manufacturer has been under US sanctions since 2014, following Moscow's annexation of Crimea from Ukraine and its support of pro-Russian separatists in the east of the country.

Kalashnikov is one of the largest arms manufacturers in the Russian Federation, accounting for about 95% of the production of small arms in the country. Historically, small arms are the main focus of the concern, but in recent years it has also been engaged in the production of precision weapons, drones, as well as military and civil boats.

Recommended:
Airbus announces planned fourth quarter earnings
A unique Ukrainian crushing complex has started operating in the iron ore quarry of the Kursk region of the Russian Federation
European Union will impose new duties on goods from the United States due to subsidies from Boeing
On this topic
The Ministry of Transport of Russia proposed to ban the import of railway wheels from Ukraine
Gazprom announced the largest purchase of the pipes at 100 billion rubles
FT: the US Treasury Deripaska is suspected of laundering money for Putin
The energy Minister said on completion, "Nord stream 2" for a few months
Russia is creating a group of combat robots
Russian military exports not affected by the sanctions - Rostec CEO
Add a comment
Сomments (0)
News Analytics
An electrostatic precipitator from the Czech company ZVVZ-Enven Engineering is27-11-2020, 11:17
Losses of Ukrainian industry from joining the European "Green Deal" will exceed27-11-2020, 11:53
Industrial enterprises can get a $ 150 thousand loan without collateral for27-11-2020, 11:45
The Russian concern "Kalashnikov" has patented two modifications of the Izh27-11-2020, 11:18
World's largest wind farm to appear in the North Sea27-11-2020, 11:37
European Union scrap collectors worried about possible export restrictions18-11-2020, 10:41
Occupational diseases of workers in the extractive industry: types and ways to16-11-2020, 17:49
Eurofer expects recovery in EU steel demand05-11-2020, 09:47
Hot rolled carbon steel demand will continue to grow by 4% pa until 203004-11-2020, 16:14
Platts Steel Trade Review: China Will Decide Asia's Fate30-10-2020, 10:04
Sign in with: