In order to sell American assets, Evraz, whose majority stake is owned by billionaires Roman Abramovich, Alexander Abramov and Alexander Frolov, will need to get approval from British regulators. 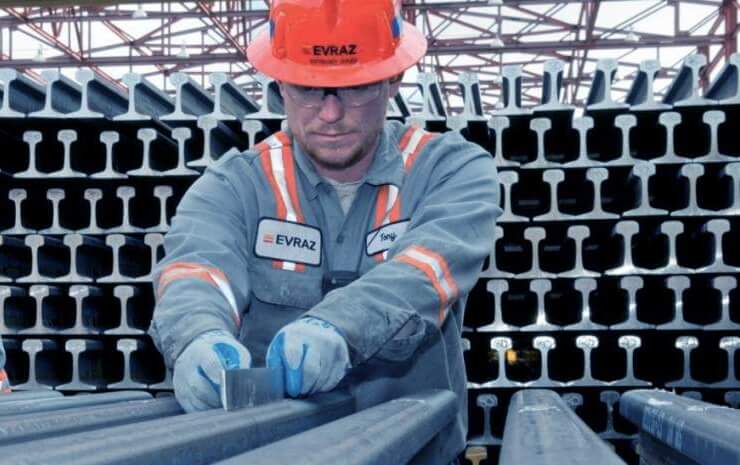 One of the largest steel and mining companies Evraz, which is under UK sanctions, plans to sell the US division, which brings in more than $300 million in profits annually.

On Wednesday, August 10, the company announced the launch of the process of collecting applications for the sale of assets of the North American division of Evraz North America (ENA), which includes enterprises in the US and Canada.

Evraz intends to enter into negotiations with the British regulator OFSI regarding the approval of the deal.

If the deal goes through, it will be the next in a series of sales of US assets by Russian metallurgists who bought these assets amid high prices. According to experts, the American division could be worth $700 million.

Evraz North America employs more than 1,400 people in the US and 1,800 people in Canada. The total capacity of the enterprises of the steelmaking division is 2.3 million tons, the capacity for the production of finished products is 3.5 million tons.

The division includes two electric steel-smelting plants, four enterprises for the production of rolled steel and eight pipe plants, as well as a scrap collection network of 17 enterprises.

The division is building a new rail production that will replace the existing one and will produce 100-meter rails by 2023.

Russian slabs from the Evraz plant in Nizhny Tagil were used at the company's plant in Portland, but their volume fell every year.

Potential buyers of the North American division could be ArcelorMittal, India's Tata Steel, China Baowu Steel Group, or some other Chinese player.

The largest shareholder of the company, Roman Abramovich, who owns 28.64% of the Evraz holding, is under the sanctions of the UK and the EU. The company itself was included in the UK sanctions list in May.

Финансовая аналитика, прогнозы цен на сталь, железную руду, уголь и другие сырьевые товары. More news and analytics on Metallurgprom telegram channel - subscribe to get up-to-date market information and price forecasts faster than others.
Сomments
Add a comment
Сomments (0)
On this topic
UK imposes sanctions against Russian steel producer Evraz
A new leader of the metallurgical industry will appear in the USA
China will increase imports from the United States based on "market principles"
Canada will not ratify new agreement with US until steel tariffs are lifted
Elon Musk sells all his possessions in order to "devote himself to Mars"
American companies raised prices for the second time in a month
Recommended:
Islamabad receives $1.5 billion investment proposal for PSMC privatization
UK government to set up Critical Minerals Agency
Ford will sharply increase car prices due to a doubling in the price of raw materials for batteries
News Analytics
EBRD downgrades Ukrainian economic growth forecast for 2023 from 25% to 8%28-09-2022, 13:57
EU plans additional sanctions against Russian metallurgy27-09-2022, 10:34
The European Commission has approved 5.2 billion euros of state support for27-09-2022, 10:43
China's leading industrial profits fall 2.1% in first 8 months27-09-2022, 10:20
Moody's changed the outlook for the global mining industry to26-09-2022, 19:04
China production cuts in winter will give limited boost to steel markets -15-09-2022, 10:09
Steel prices may rise as manufacturers stop production11-09-2022, 14:06
IREPAS: The global long products market is in a "dramatic situation"10-09-2022, 20:49
Steel prices are unlikely to rise significantly in the near future - analysts02-09-2022, 22:58
Steel prices may move up on new data from China31-08-2022, 12:19
Sign in with: