The regulation of the export of steel products can almost immediately lead to the formation of a deficit in the domestic market due to the refusal of manufacturers to produce a particular range of rolled steel. 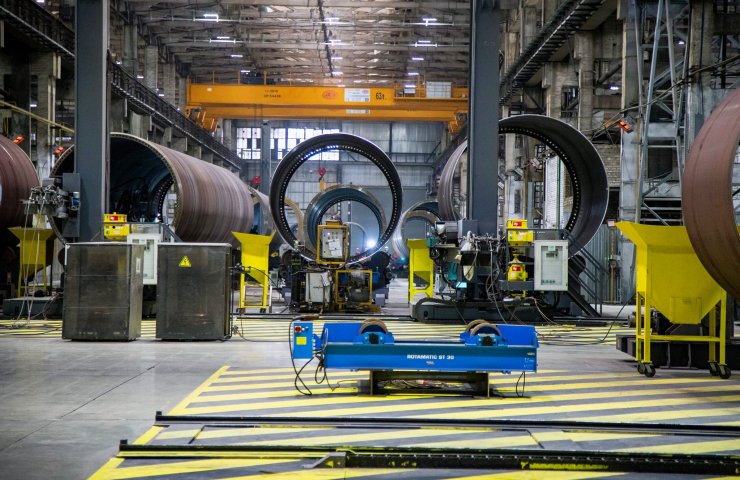 The introduction of damper duties on the export of metal products to curb price increases is not only impractical, but also practically impossible due to work in an open market, in addition, the damper could lead to a shortage of some types of metal products.

“In the same metal, despite serious pressure from the line ministries, we consider the introduction of some kind of dampers not only unreasonable, but by and large also impossible. Let us not forget with you that we are working in conditions of open borders, "said the head of the RF Ministry of Economic Development Maxim Reshetnikov in his speech at the Exchange Forum.

Reshetnikov also noted that the regulation of the export of metal products can almost immediately lead to the formation of a deficit in the domestic market. “We can seriously disrupt manufacturers' incentives to produce a particular type of product. We will simply run into deficits very quickly, right at the second step, ”the minister said.

According to the head of the Ministry of Economic Development, it is more expedient not to limit the export of metal products, but to support its consumers.

“This must be approached very carefully and all these surges must be dampened by compensating for the increased costs of consumers. In this case, these are, first of all, budget construction projects - respectively, through an increase in budget expenditures. And where these are the same car manufacturers, respectively, through some mechanisms: we also have a waste collection, we also have a program of preferential car loans, "Reshetnikov noted.

Earlier today it became known about the idea of ​​the Ministry of Industry and Trade to withdraw to the state budget the super profits received by metallurgical companies from the sale of metal. This decision, as conceived by officials, is necessary to stabilize prices for metal products. As an alternative, it is also proposed to direct super-profits to the construction of state-owned facilities.

Recommended:
China Suspends Economic Dialogue Treaty With Australia
Novokramatorsk Machine-Building Plant will pay UAH 2,000 of dividend per share for 2020
Zaporizhstal plant has mastered a new type of hot-rolled steel with the addition of boron
On this topic
Scrap collectors of Ukraine actively protest against the extension of the duty on the export of
Russia did not mind replacing natural gas with hydrogen in Ukrainian transit in 2035
Moscow allowed the supply of bitumen from the Russian Federation to Ukraine
The world trade organization has ruled against Russia in favor of Ukraine
Failure rate: why import substitution failed to meet expectations
American security expert named the main problem in Korean metallurgy
Add a comment
Сomments (0)
News Analytics
Metallurgical Plant Zaporizhstal announced the transfer of data on emissions12-05-2021, 16:46
Interpipe's 5-year Eurobonds for $ 300 mln are assigned a priority unsecured12-05-2021, 16:30
Dnipro Metallurgical Plant exceeded the April production plan by 6.7%12-05-2021, 15:45
The auto industry rushed up: the production of vehicles in Ukraine increased 1612-05-2021, 15:44
The Minister of Energy of Ukraine promised today to close the issue of wage12-05-2021, 14:24
The current state of the market is ideal for the sale of rolled steel - IREPAS04-05-2021, 18:41
Global hydrogen demand to grow 7-fold by 2070 - PwC21-04-2021, 12:31
World Steel Association predicts a good year for metallurgists15-04-2021, 18:19
World Steel Association defines green steel and its variations12-04-2021, 13:14
China unlikely to cut steel capacity in 2021 due to high steel prices07-04-2021, 12:11
Sign in with: